This past Valentine’s Day, I realized that I have been in back to back relationships for 10 years. Before that, I had a 3-year period of being single but seeing people, and before that my 5.5-year-long first love with my high school sweetheart. I thought I would be the first one to get married and have kids out of the six Manzano grandchildren. Funny how that has turned out to gain the title of the first one to get divorced. But 10 years is a long time to be in relationship after relationship. My plan was to embrace being single, be truly independent and experience life, because after the hell I have been thru, I felt I deserved it. I wasn’t opposed to dating and if I found myself infatuated/in love with someone amazing, but moreso that person in love with me as well, I wasn’t going to let it slip away.

Another thought I had to accept was that it all might not happen for me: I may never have kids. For anyone that knows me, I have been wanting my own family since forever. Last summer, I had a reading with a spiritual advisor, no tarot cards this time, but it was all the same. I was told that this was all a game to the other party and I should know by my birthday, but definitely by the holidays, of what I wanted to do. And she was right. I put 4 years of effort, bending over backwards and putting my needs aside for a chance at a family of my own. All parents sacrifice, I felt I did what I needed to do to have a home and become an amazing mother. And here I am, 32, thankfully starting all over.

My thoughts on timing were definitely altered by my grandfather’s passing. Going thru hell made me an even stronger person, but his absence in my life and his unconditional love that I relied on having since my first breath, reminds me that life is short and you have to appreciate the love that is given to you. I used to think, ‘If it happens, it happens’. But I sought after it a week or so after February 25th. As always, I go after what I want, but I have learned I can’t do all the work. I need to be wanted as well. I keep thinking Lolo will send/has sent me someone good enough to take care of his youngest granddaughter. I never cried over the divorce until I told him the news because HE cried. It pained him. He feared, “You will be alone.” “No, I won’t. I have you.” Friday, April 5th, was Lolo’s 40th day. Catholics mourn for 40 days. Did he do what he needed to do in these 40 days? Did he set his replacement in motion?

This weekend, I also spent a good deal spoiling my nephew. We went to Monterey, had clam chowder looking over the bay, went to the Monterey Bay Aquarium, ate dessert by a fire, I took him to his first roller derby bout, and we used our season passes at Six Flags Discovery Kingdom, ate even more and rode our first adult ride together. But what got me thinking about whether or not it’s in the cards or not is when it came for bedtime. I made sure he brushed his teeth while I made his bed. I went to say good night and I kissed him on his forehead as he looked up and smiled at me. I told him I loved him. And then I walked away wondering if I will ever do this with my own beautiful child.

I guess time will tell.

“Oh some guys have shown me aces, but you’ve got that royal flush.” – Christina Aguilera ‘Save Me From Myself’ 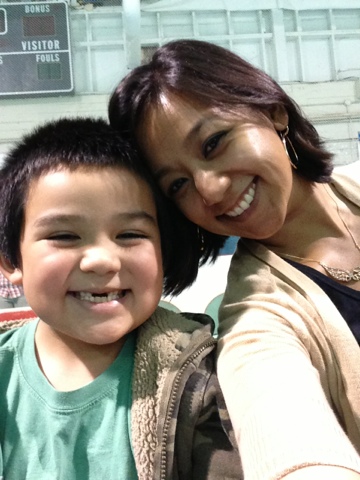 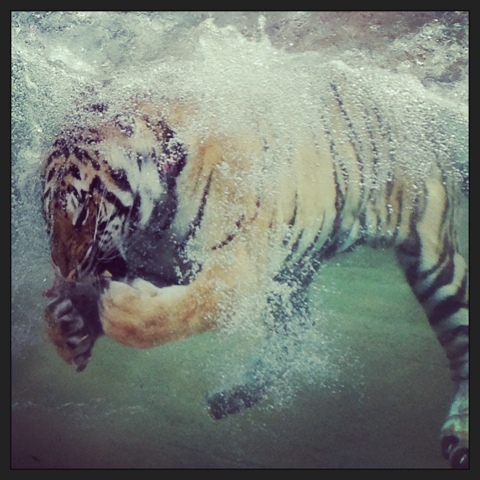