A night of feeling like garbage and blowing my nose was not the way I wanted to spend my first night in Venice. As soon as I woke up, I tried not to wake Court and went down stairs in search of drugs! But first, I stuffed my face with some prosciutto, something our other hotels didn’t have. Love charcuterie.

There was a chill in the air and the city was just waking up. Restaurants were bringing out tables for service and thankfully the pharmacy ahead with the green cross was open. The lady in the white coat was speaking with her neighbor and greeted me, probably seeing my red nose and looking like death. She escorted me in and gave me a box of pills. I asked for lozenges to help coat my throat. I went back to the hotel, grabbed something to drink to take these meds as soon as possible and made a breakfast plate for Court and myself. Then I went back to bed. 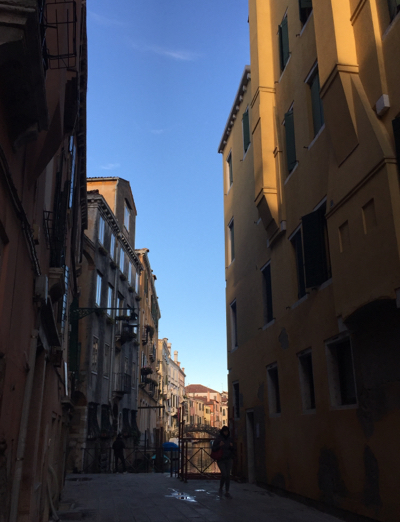 I have to give it to Italy’s over the counter drugs. They work! I felt so much better when I woke up that I got ready and Court and I went out to explore. We really had no plans for our last day in Venice. We were thinking about taking a gondola ride and went to the nearest stop. The cost was $65 per person for 30 minutes. I have had the experience of riding a gondola in 2012 so I left it up to Court since she has never had the pleasure. She said she would rather spend the money on food and wine. That’s my girl. We were thinking about going to dinner and a show but I wasn’t sure how I was going to feel later so I didn’t want to commit. Instead, we walked around San Marco’s Piazza and along the water until we couldn’t go any further. 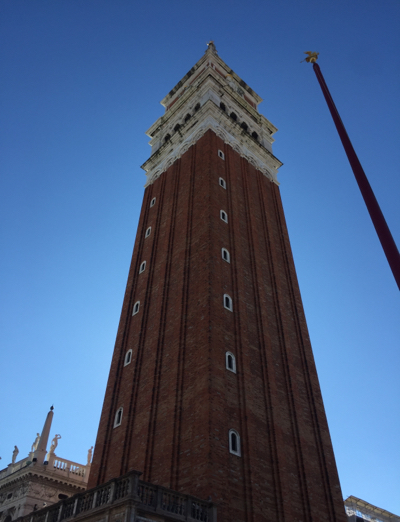 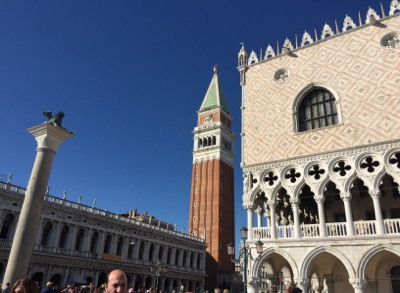 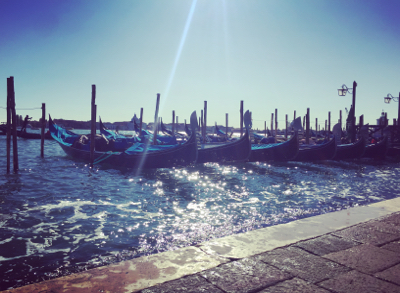 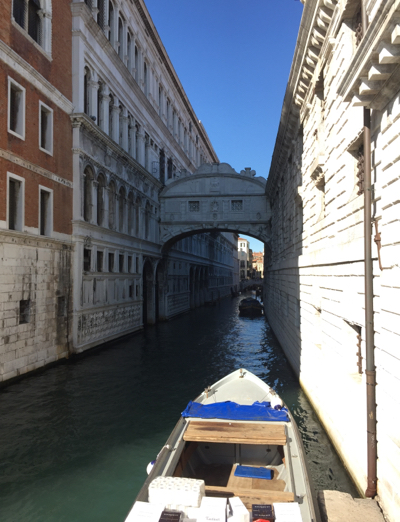 We walked thru a park with gravel walkways, jungle gyms and stone ping pong tables. We also passed a wide walkway that had more restaurants and stores but decided to continue on the trail along the water where we saw people reading on park benches, we passed vacant basketball courts and was forced to turn to the left where we could not cross the bridge and enter the naval academy.  We continued walking and found ourselves in a residential area that seemed deserted. People were no where to be found or heard. No voices from televisions, no dogs barking, no movement can be heard whatsoever. It was kind of eerie. We wandered left, right and found ourselves back in the park where a wide gravel road lined with houses on both sides with iron gates and brick. Very different from what we have been walking through. The road led us to what seemed to be at the end of the other wide walkway with the restaurants and stores. We were hungry. 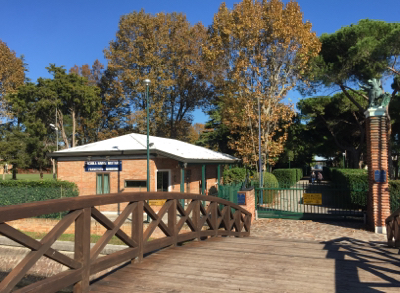 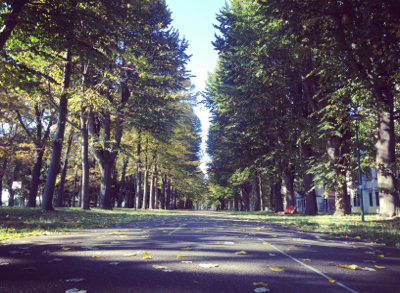 We scanned the street and it seemed like some restaurants weren’t ready. One had seating outside where a canal started and some people were already dining there. We browsed the menu quickly and settled into some chairs. I was hoping to get as much sun on me as possible as I wasn’t feeling 100% and it was a bit breezy. The restaurant had one server and he seemed pretty busy so we didn’t aim to make small talk, have him take our order and off he went. After awhile, I needed to use the WC aka the water closet. I saw a bathroom sign on the building with an arrow down a narrow passage way. I went up and down that trail twice and even left the whole area completely looking for a bathroom down the way. No luck.

Our food still wasn’t ready by the time I gave up on relieving myself. It was getting colder and I thought about moving us inside. To our left, a realtor with her clients were on the third floor balcony showing the view and property. I wondered how much that spot went for. After trying to distract myself, I suggested we go inside. Court didn’t contest. We went inside and sat us at a table in a tiny area of four tables that didn’t allow much room for the server to get back and forth from the kitchen. I also realized that there was a bathroom back there. Finally! 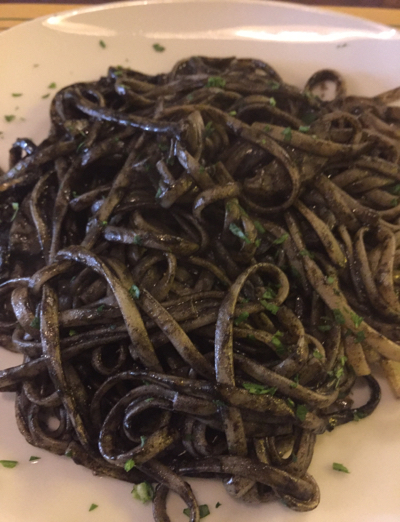 Our food came and I had the black cuttlefish pasta. The best squid ink pasta I have had was at Seven Hills in San Francisco. I will never forget that dish or the fun time with great friends, Tim and Teresa, aka TNT. This dish was OK and that’s sad for being IN Italy. I can’t even remember what Court had but she wasn’t raving about her food either. We paid and made our way back to hotel. Court wasn’t feeling great and I was afraid she would get sick too since we’re in such small quarters 24-hours a day. But before we got to the hotel to take a little nap, I got gelato. Fragola of course. 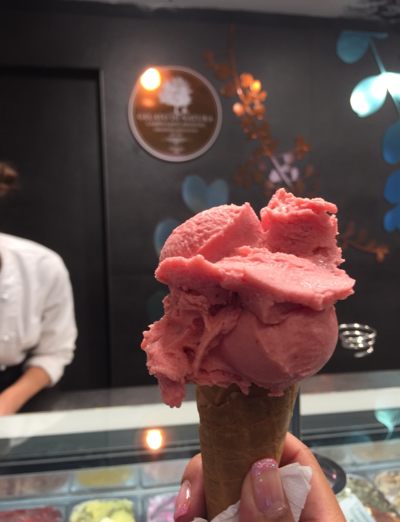 We took a nap but I woke up hungry. Court decided to sleep. That was probably best since she was around my ill self. I wandered a bit looking for a place to eat. There was a sushi restaurant, gelatarias, paninis, pizza and more. I ended up at a modern looking restaurant that has caught my eye a few times. I asked for a table for one, had a latte, a side salad and tried the cuttlefish pasta again. This time it was quite impressive! Still not as good as Seven Hills but better than the afternoon’s version. It was a lot of food and had nice chunks of seafood in it. I couldn’t finish it all but I did as much damage as I could. 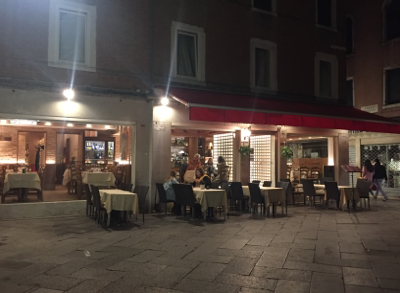 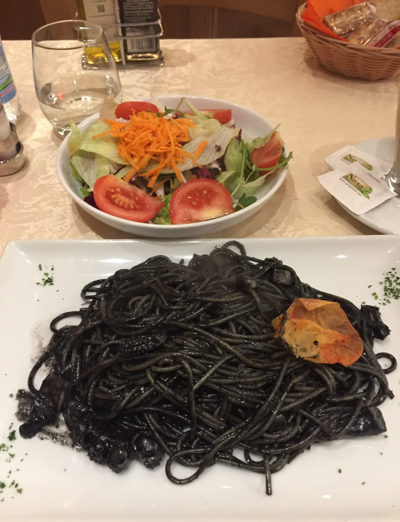 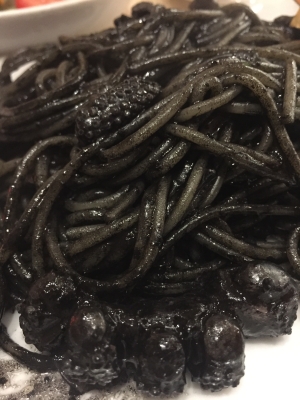 I was surprised to see how large the restaurant was when I headed off to the also modern bathroom. It was probably the nicest one I have been to in all of Italy so far, even better than the one in our hotel. I took photos of the space as the Event Planner in me thought they were nice rooms for a dinner and I really liked the long tables and lighting. 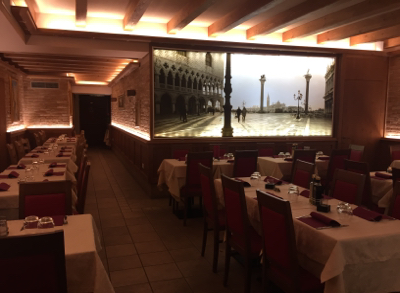 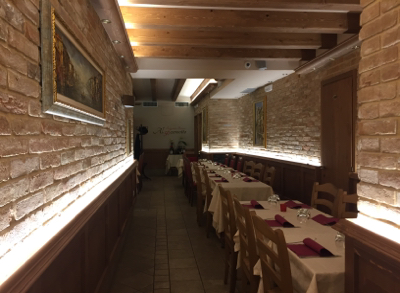 I said ‘ciao’ to my servers and went back to the room where Court was still asleep. I couldn’t believe that my time in one of my favorite cities in the world was over. We were headed to Milan in the morning. 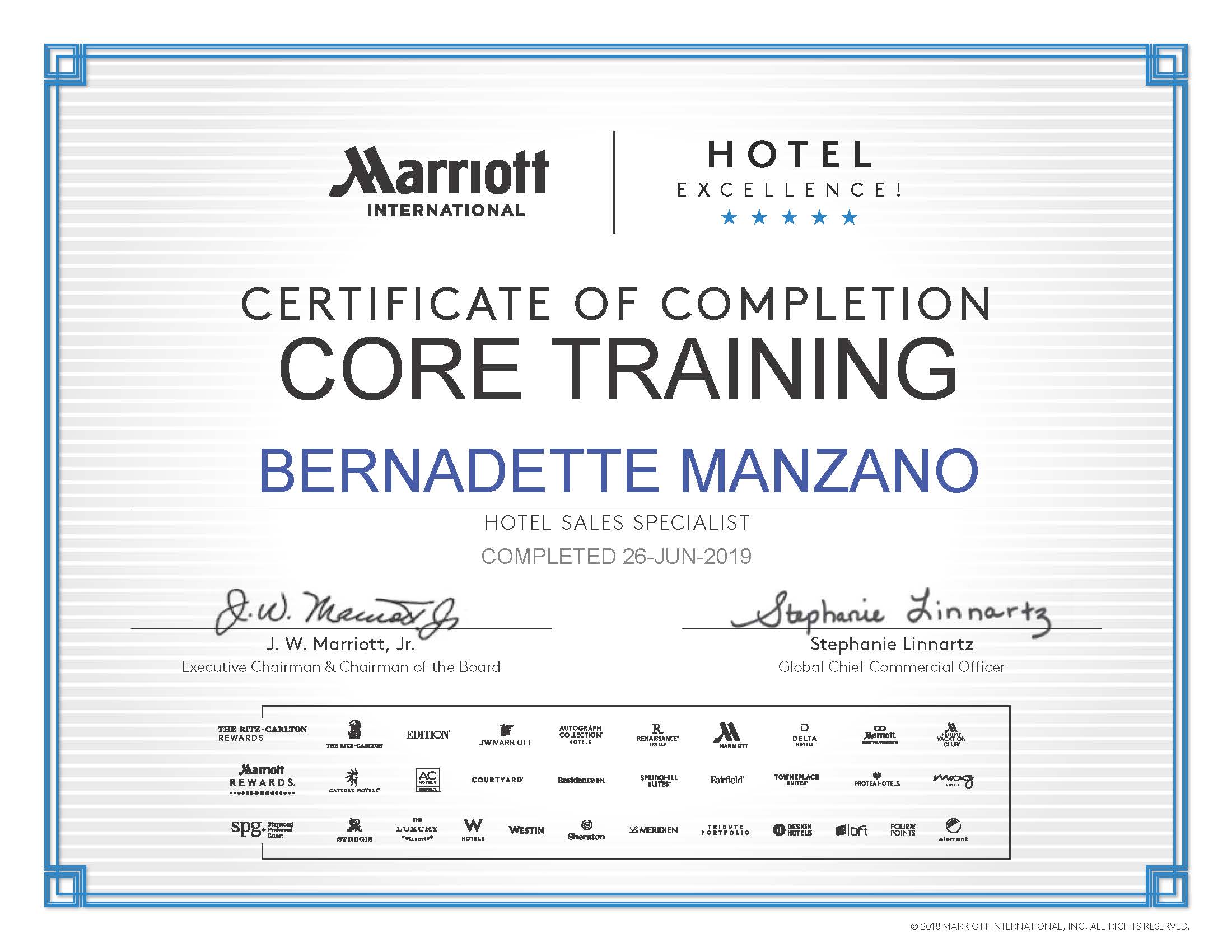 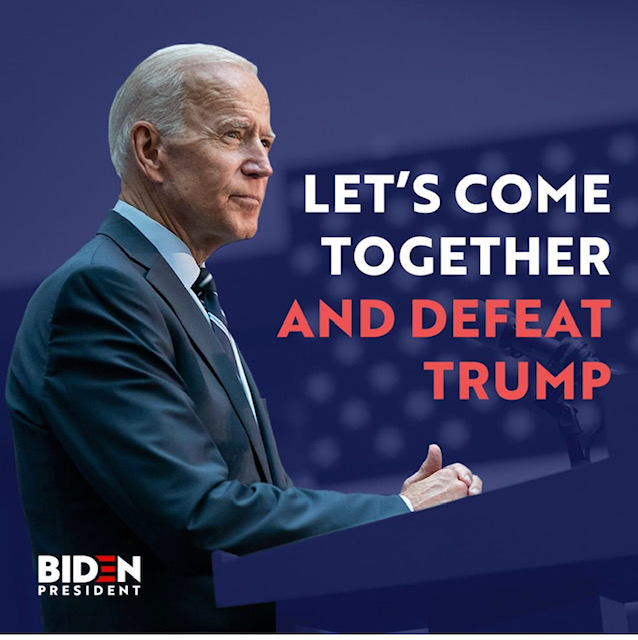 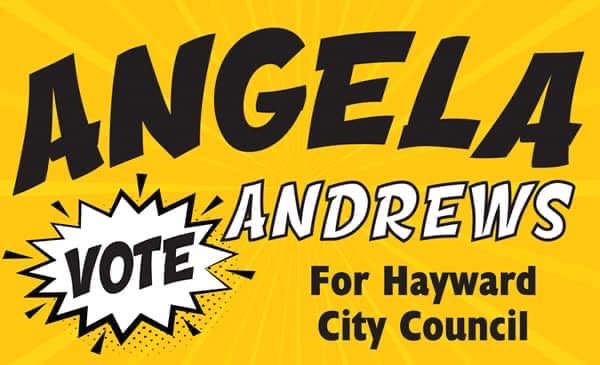 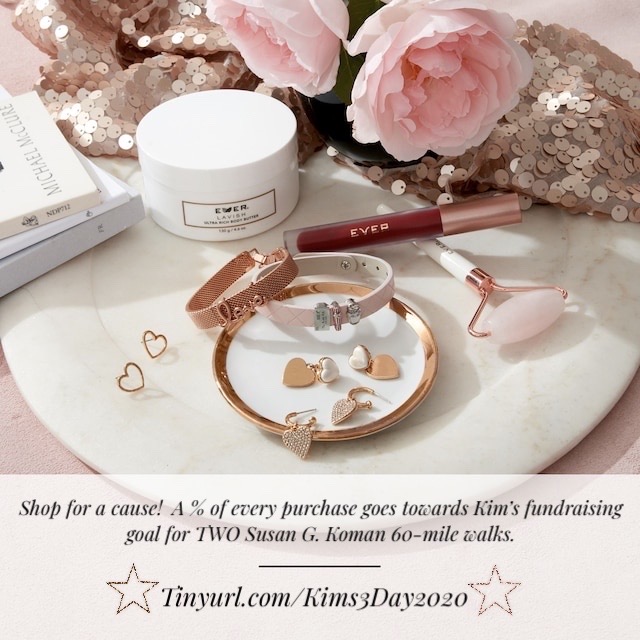 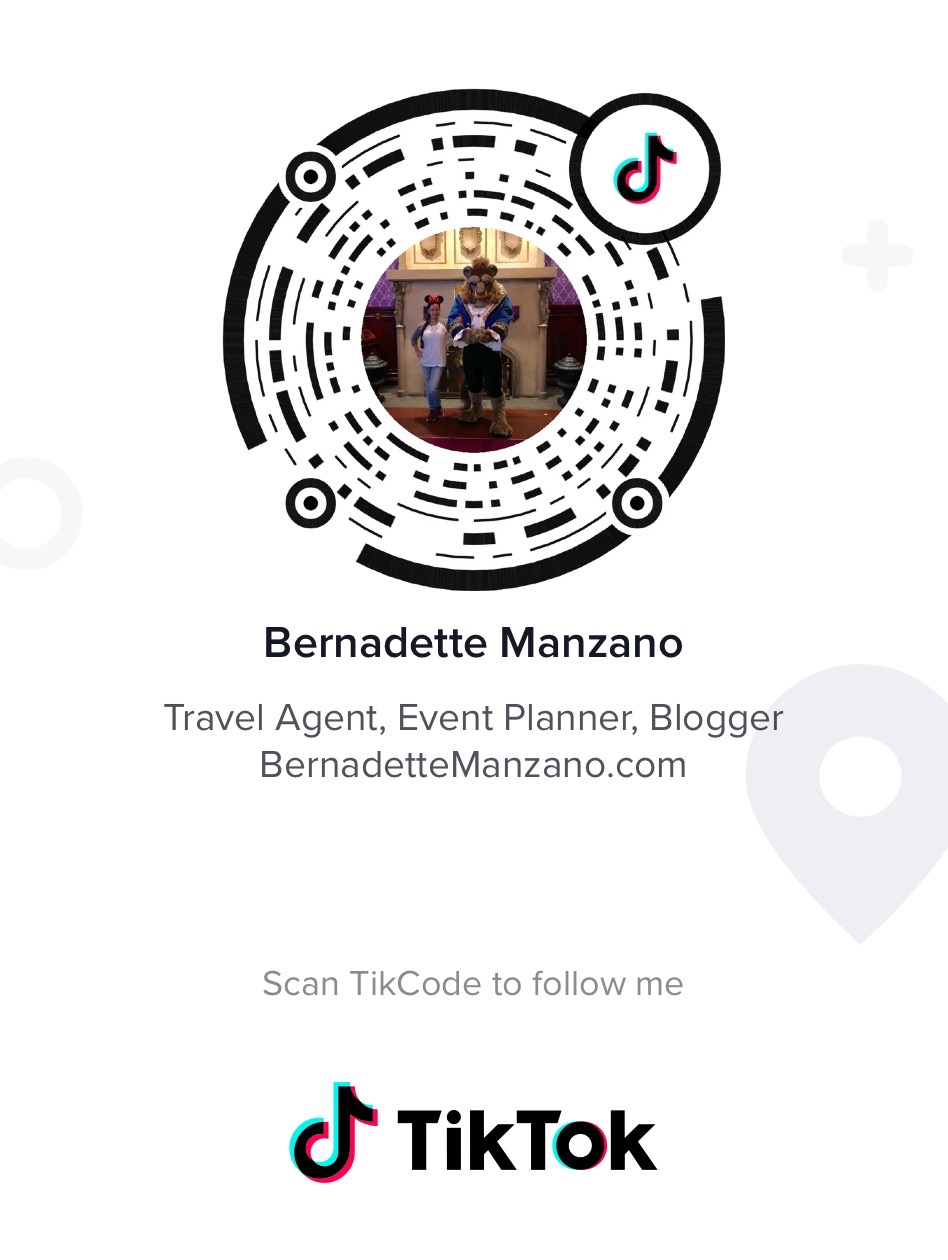