One Busy Bee strikes again! As seen in my previous posts, I recruited friends to do this 12-week Bodybuilding.com fitness challenge and it ends soon. I have not been able to work out in two weeks.  I do not have a set schedule for my part-time but nearly 30-hour work week and I have been busy with wedding planning work and travel itineraries. My commute is 3-4 hours per day. And I have been dealing with Bevo, my Boston Terrier, having separation anxiety and some added stress with a real estate and roommate issue. Needless to say, I have had to prioritize some things and unfortunately working out took a back seat.

But!!! The night before this I worked out at home with my Bevo and decided to pack my bag to run to the Golden Gate Bridge.
As a Concierge, primarily at the beautiful Argonaut Hotel at Fisherman’s Wharf, I tell my guests almost daily that the walk from the hotel to the Golden Gate Bridge is 4 miles and another 1.7 miles across the bridge. They often ask what’s the trail like. ‘Mostly flat.’ I always want to be true to my word and when I recommend something or be the provider of information as Concierges should be, I want to always tell the truth. Now, I can say I have personally experienced the route. It only took living 37 years in the Bay Area but it’s better late than never.
There are two hills to worry about. Just around the bend of the aquatic park near the Maritime Museum, there’s a hill. Not having ran in quite some time, I stopped up this hill but pushed myself to keep going. I didn’t stop again until the next hill just before Fort Point. I damn near threw up a lung. It hurt to cough. But I had to keep going. I stopped take a few photos but weaved thru the tourists to get to the beginning of the bridge where the cables started going up to the towers. Four miles: done! 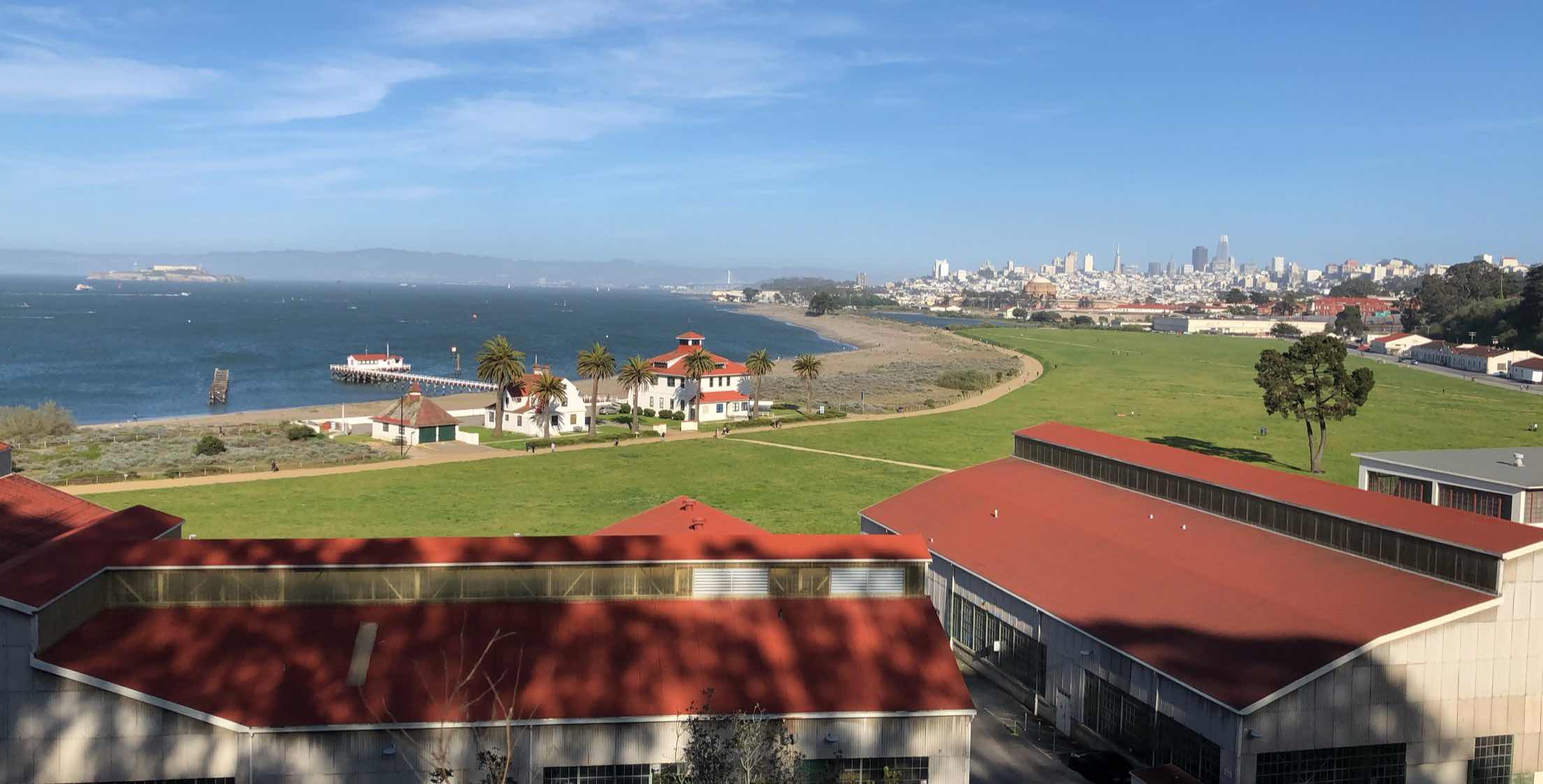 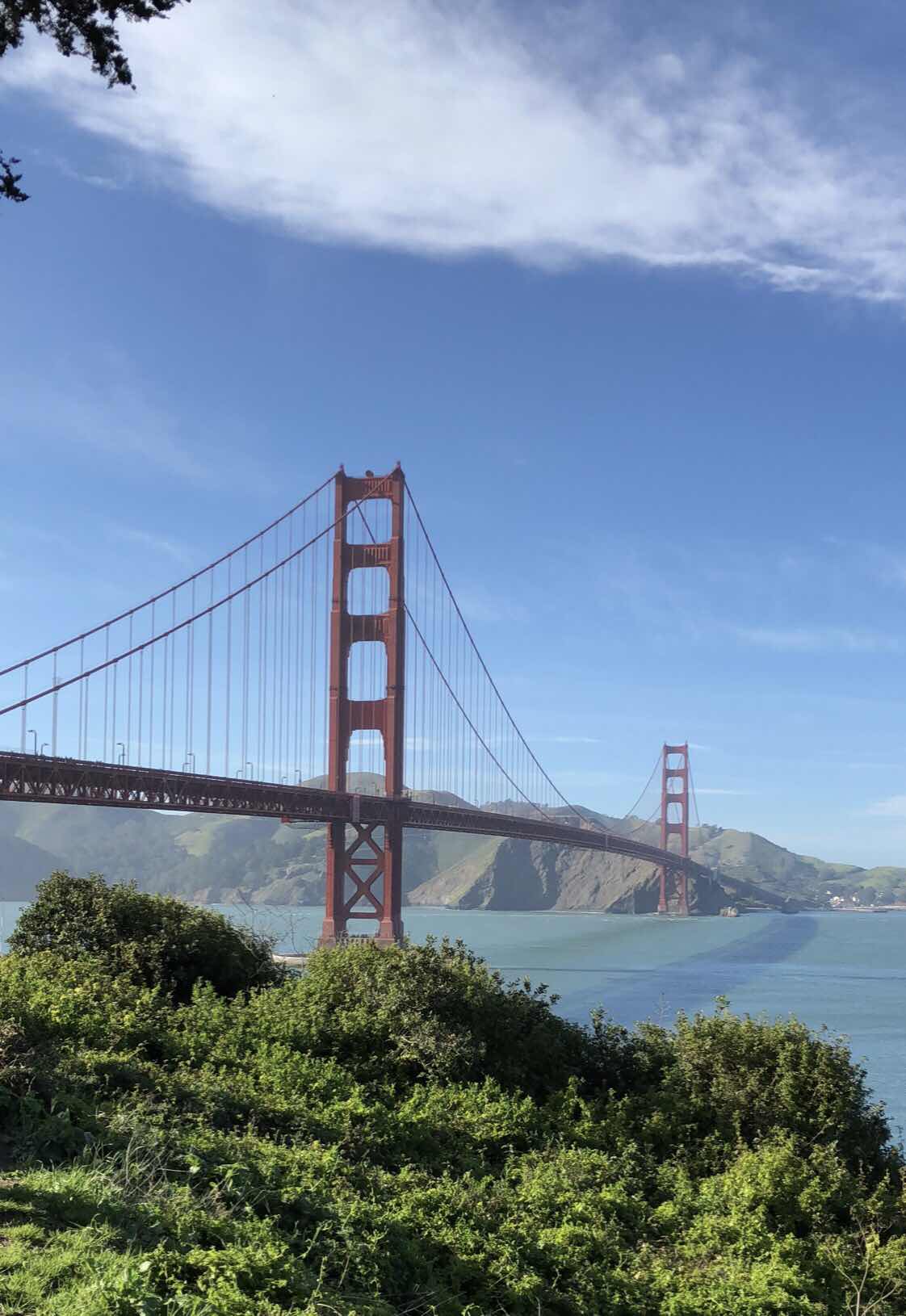 I had originally planned to go to the Palace of Fine Arts, my favorite place in the city, but decided to take a detour to Fort Point as I’ve never been there. I took my time going down the hill as well as when I was heading towards the end of this trail. My left hip started to feel tight but I wanted to finish and reach the end and be as much under the bridge as possible. I did it! A selfie was needed. A gent and his dog was also there and he asked that I take a photo. During that photo, I started to feel a bit cold. I didn’t have a sweater, just my Los Lonely Boys shirt. It was nice that said I was fast. He saw me at a distance and now I was here taking his photo. 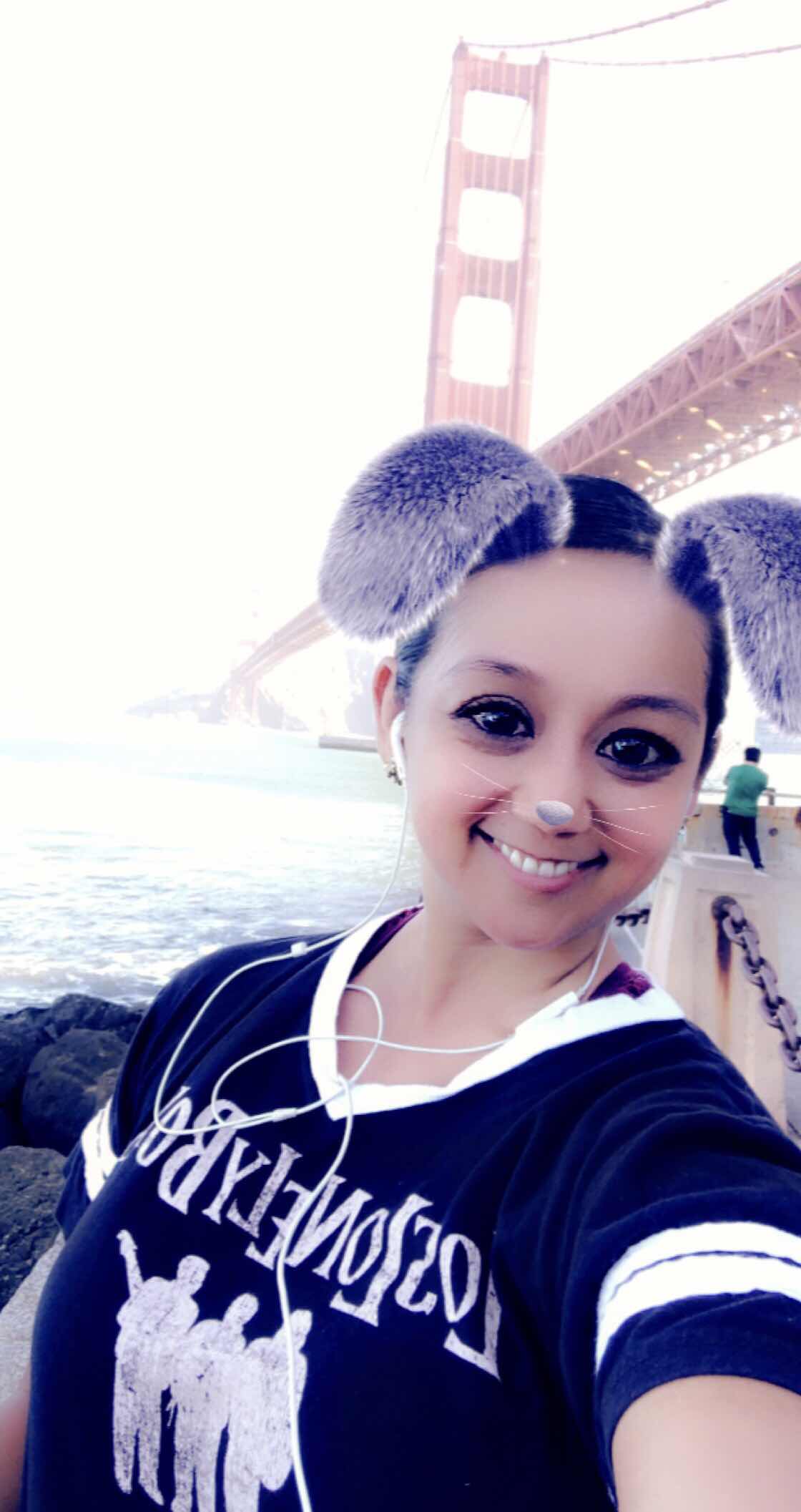 Then I kept going. I wanted to complete the 8-mile walk. I sent my before photo to my Nene and he responded, ‘Slayin’ on a Sunday.’ My response: ‘Every motherF’in day.’ He liked that. I wanted to honor that but I kept going to stay warm and until the pain in my hip got too much to bear. At that point, I completed my first 10k in a really long time. Apparently according to my Runkeeper app, it wasn’t my first 10k. But it’s been awhile. Still with a cough and my body being pain, I threw in the towel and paid for a $9 Uber direct. I didn’t want to do a pool and force someone to sit next to my sweaty self. I was proud of what I accomplished. And what a beautiful this city is.
Today, my lower body is so sore but I still need to get a work out in. Upper body and core is on the schedule.
Have you done this trail?
Have you visited the above locations?
***Daily April Challenge***
Post2