Quite similar to my recent Sharks & Puppies post, this blog post title has quite the similarities yet many differences. Not only am I bringing them together in one day, it was also the reason for bringing me together with my best friend and my niece and nephew, whom I call my Little Loves. On this particular day, I was lucky to take advantage of my Concierge benefits and take people I love to enjoy what this beautiful city, San Francisco, has to offer. Along with all its differences.

On different days, thankfully consecutively, I had the pleasure of seeing my best friend and my Little Loves in San Francisco near my work. They came by my work and I was able to step away for my 10-minute break to have a bite with them at The Blue Mermaid. We shared the delicious crab cakes and fish and chips, and we shared a table of laughs and catching up a bit. I snuck away for more hugs and love and to steal some of Nate’s delicious vanilla ice cream. 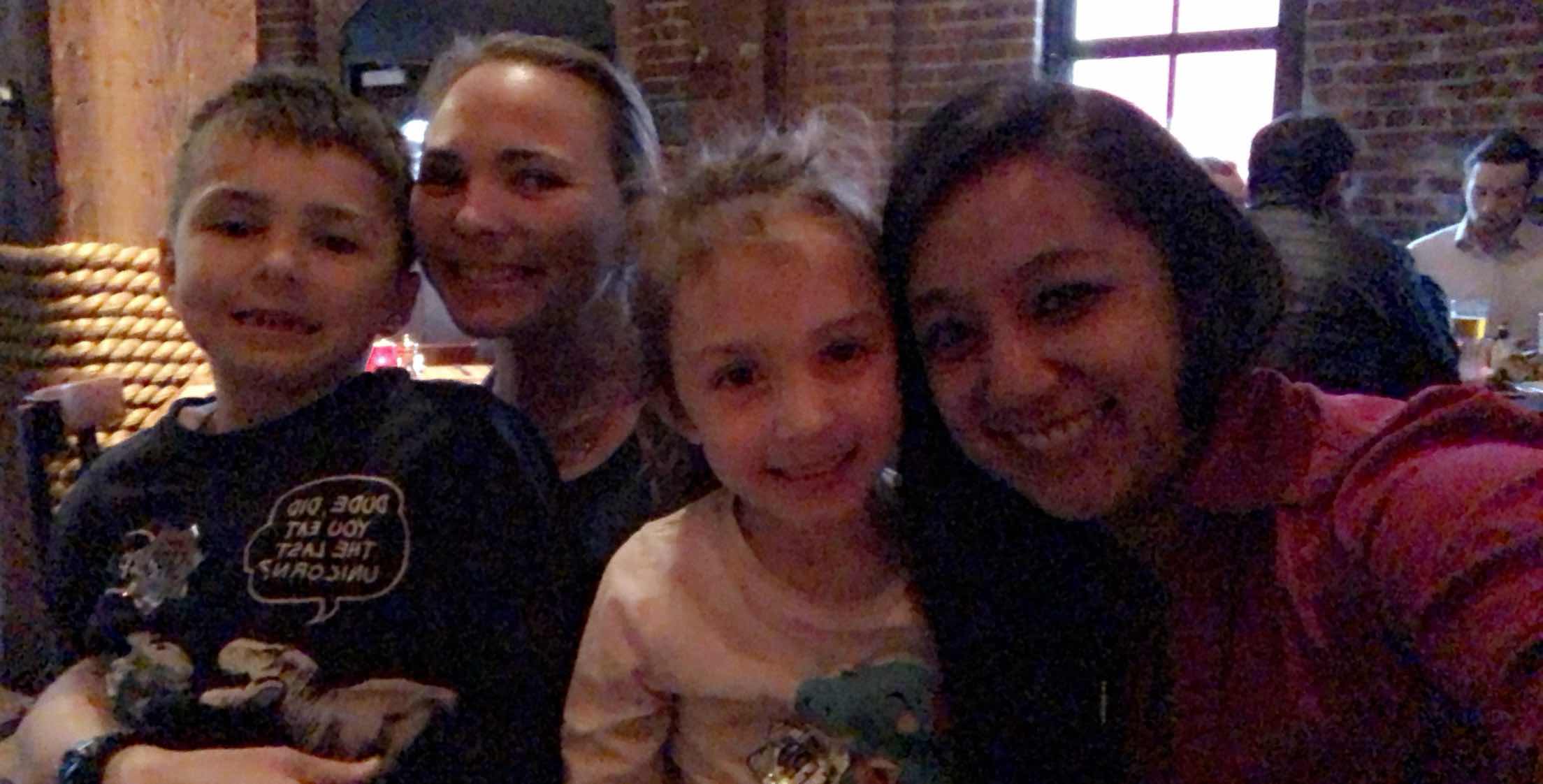 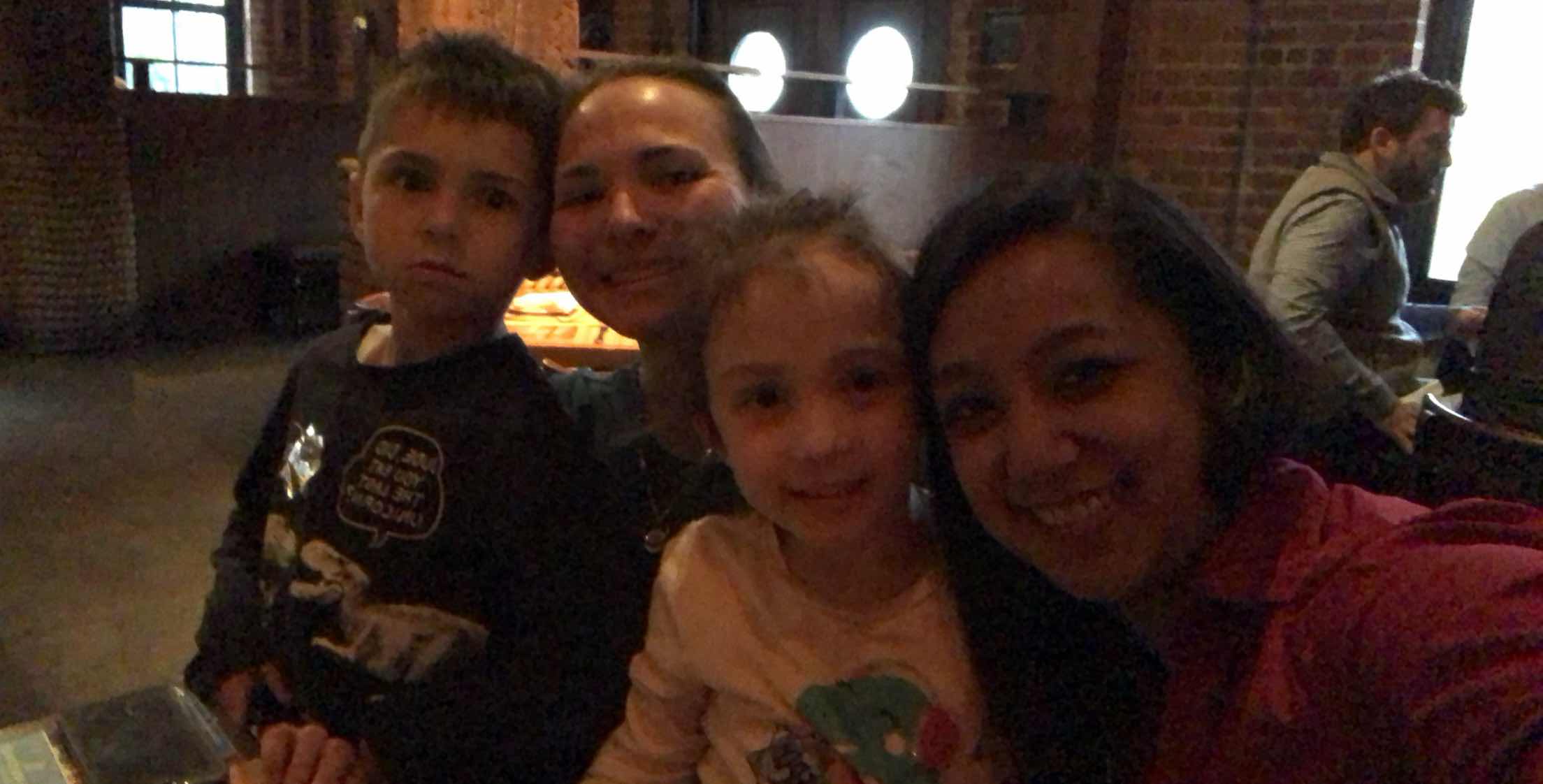 On their way out, I got even more hugs as they came by the Concierge desk again and confirmed they will meet me for lunch at Pier 39 and visiting the Aquarium. I stopped off at another location I work at, the California Welcome Center, and processed a discount for the kids tickets. I received two complimentary adult passes. Along with that, I picked up dining coupons. With the Little Loves, we needed to go somewhere very casual. We decided on going to Forrest Gump’s. I haven’t been there in ages! My Cugino worked there for several years.
Thankfully on a Thursday, there was no wait. We were seated at a booth and it still had a nice view out their windows. We ordered the Brussel Sprouts thinking it’d be worth a shot to see how they compare to those at Clif Family Winery. Those were delicious! This order was a bit tough and not as flavorful. We didn’t finish them. 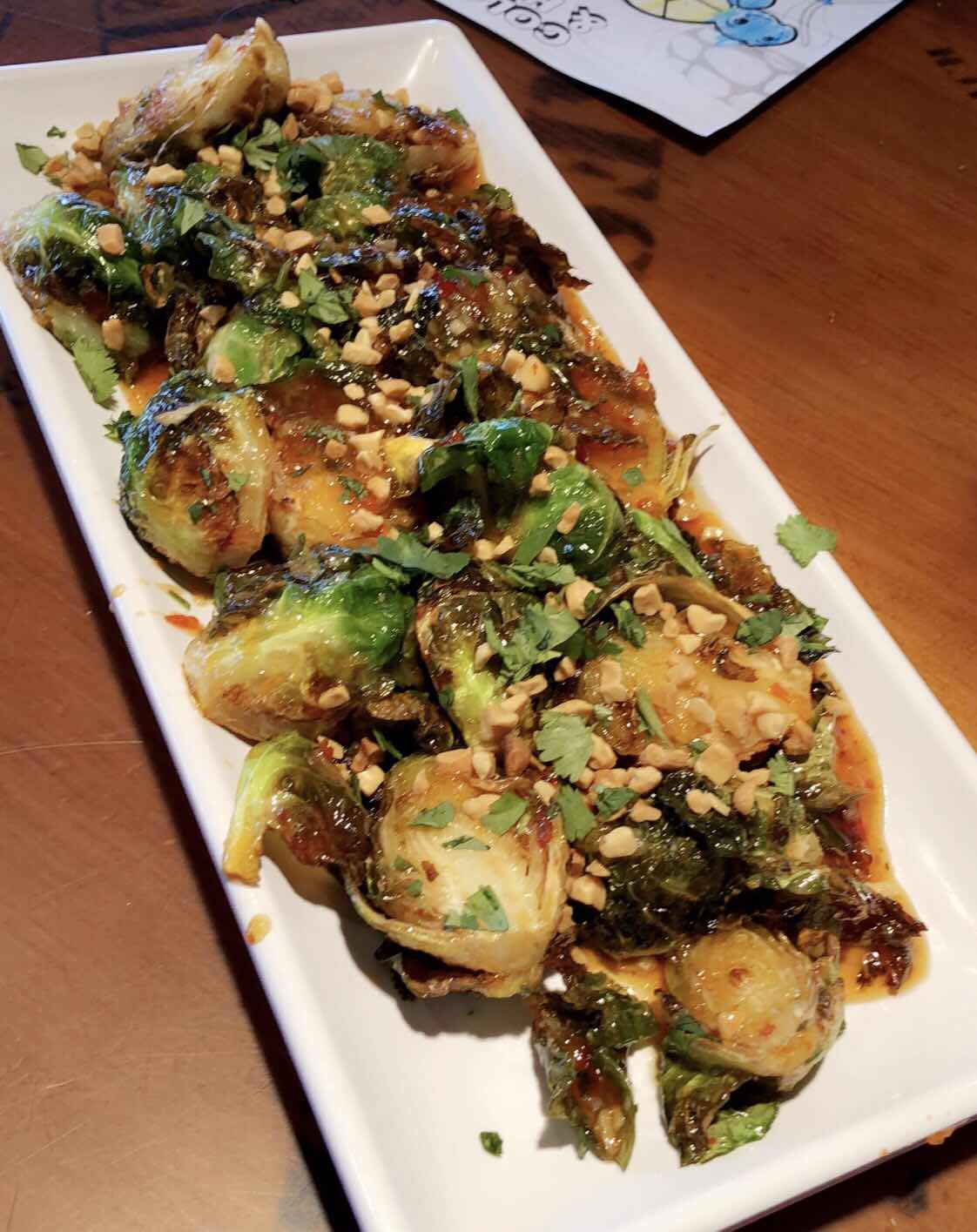 Christy and I ordered a Lava Flow, a rum cocktail. I remembered that they were super tasty from years ago. At least that was consistent, however, it tasted as if it didn’t have any alcohol. We ordered our meals: two kids meals, which one was free because of the coupon. I had the New Orleans Shrimp and Christy just had the fried shrimp. I really wanted the coconut shrimp but I saw my dish get delivered to another table earlier and I was looking to try something new. I could get coconut shrimp anywhere. 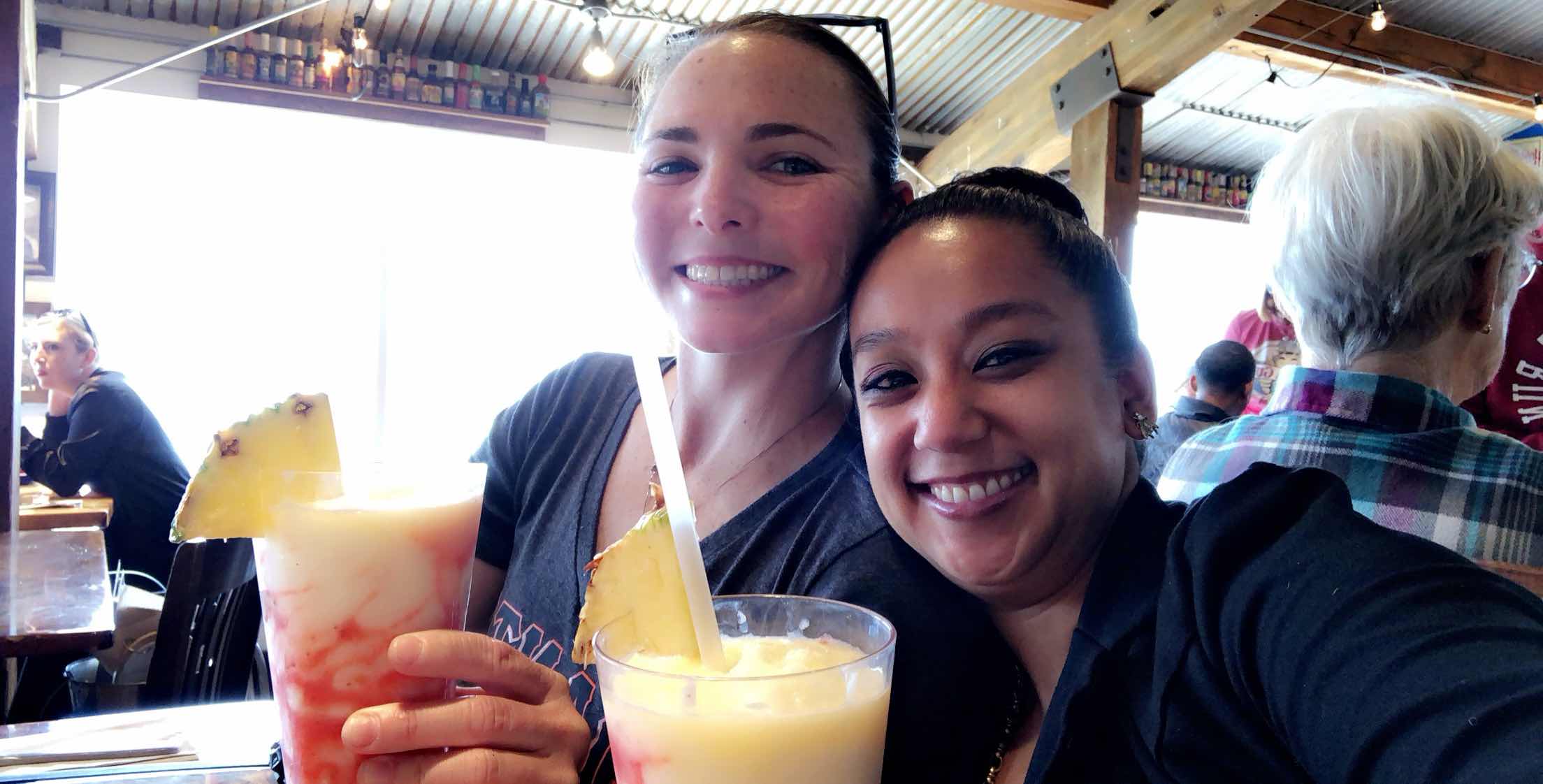 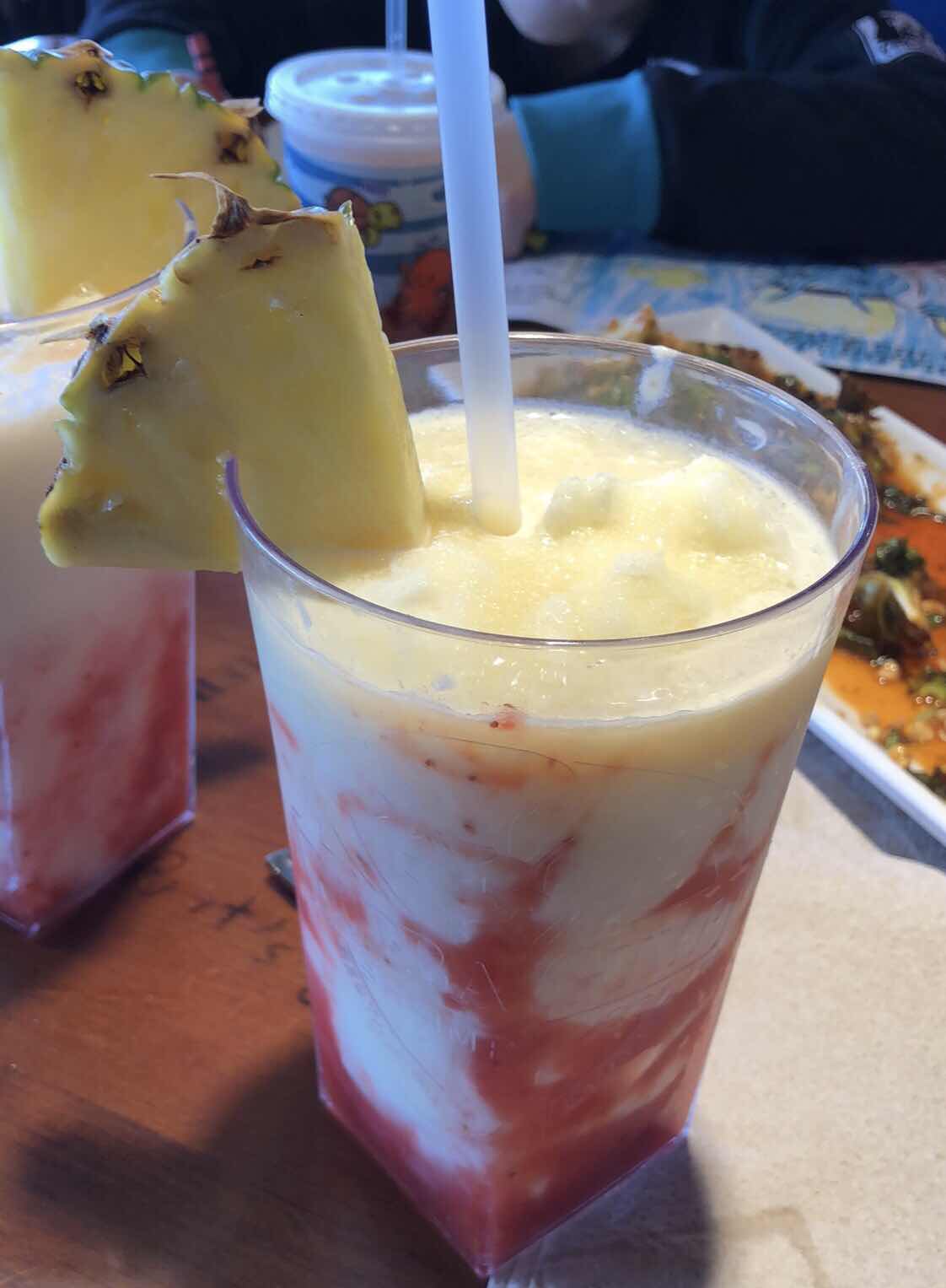 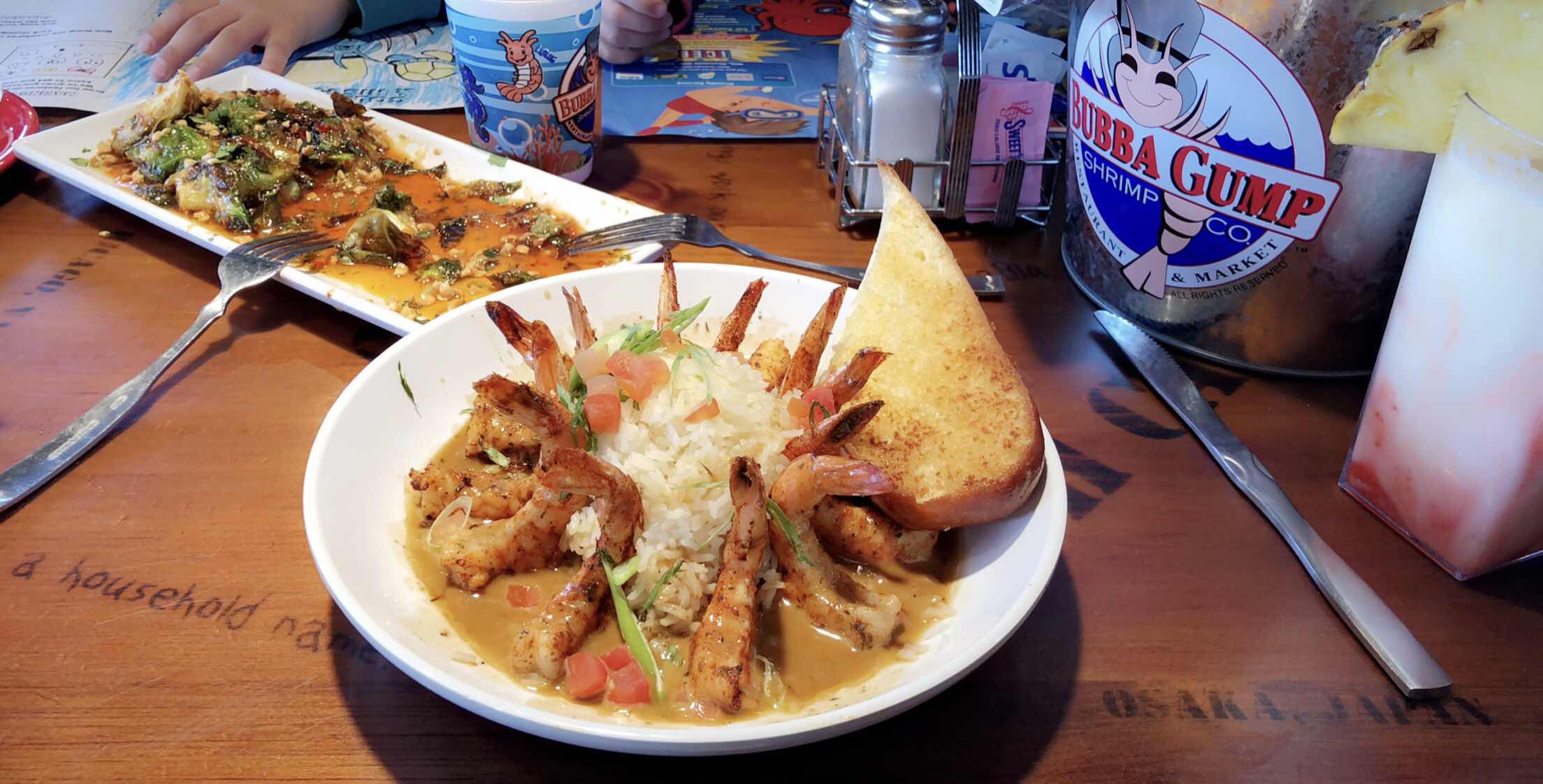 Unfortunately, only one of the kids’ meals came out and we had to inquire about the second one. I don’t think it was entered. And it was weird that the kids meal came out after our meals. That never happens. We enjoyed our food, the Forrest Gump trivia but I silently wished it was coconut rice. I should have just went with my gut.
Forrest – CHECK!
Then it was time to go to the Aquarium. This is another place I haven’t been to in such a long time. I had a limited amount of time before I started work so I grabbed the hands of my Little Loves and breezed through the gift shop before the start of the aquarium telling them not to look and that they were all sold out! Keep moving!
We got to the front desk to redeem my complimentary tickets and for some reason, I could not speak. Perhaps there was rum in that Lava Flow! We eventually got in and the first thing I saw was the cylinder tank of sardines. Oh dear. We just had seafood and my first thought was, “I’d eat all of you.” On my recent trip to Barcelona, I loved the sardines I ordered on one of the last nights we had there. Delicious! Court Court did not like them. More for me! 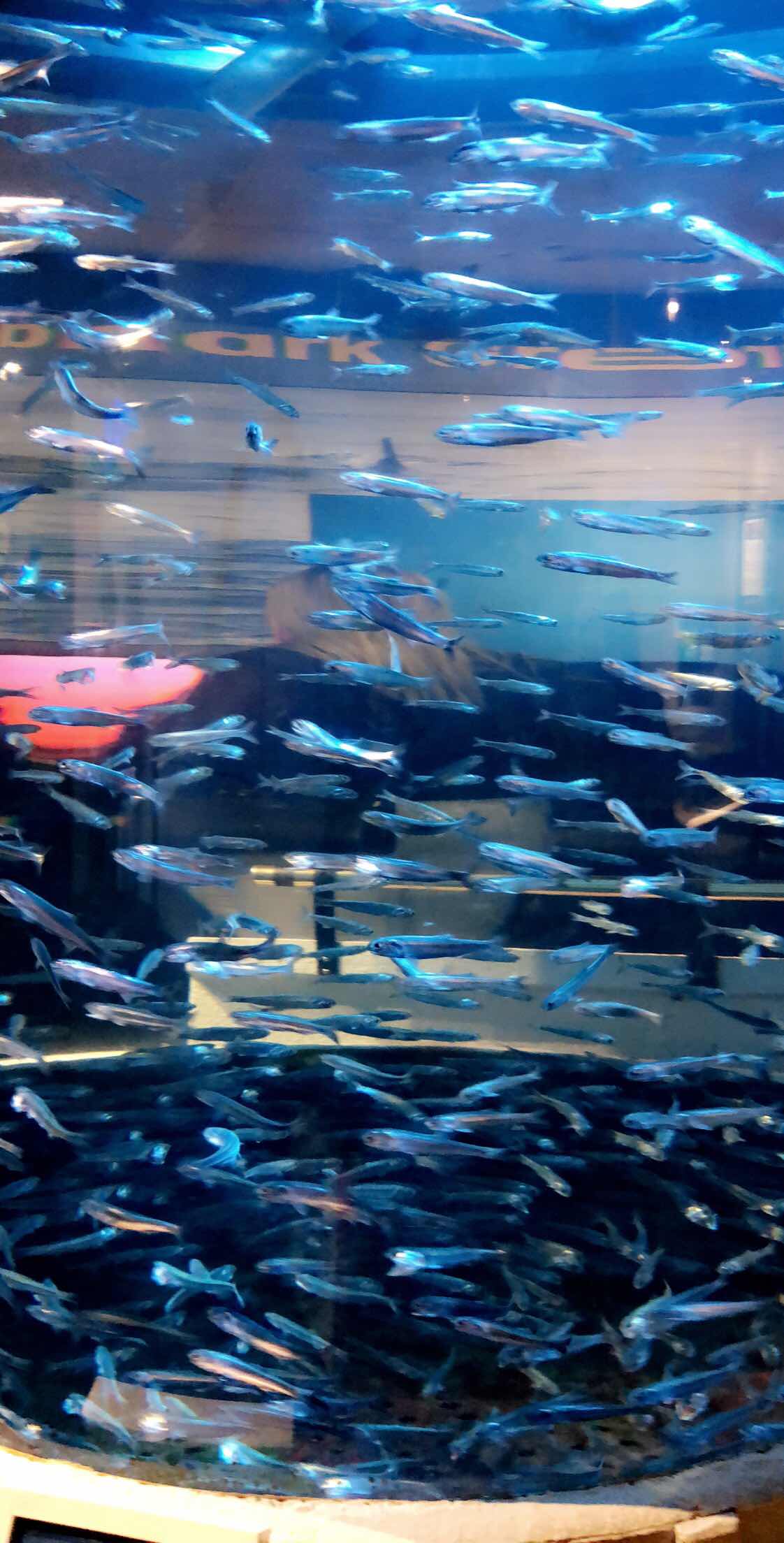 There was more of the Aquarium of the Bay to be found on the next two levels. You land in the jellyfish world and those things are so beautiful, but so dangerous. Carry on, Ladies. Keep doing you. 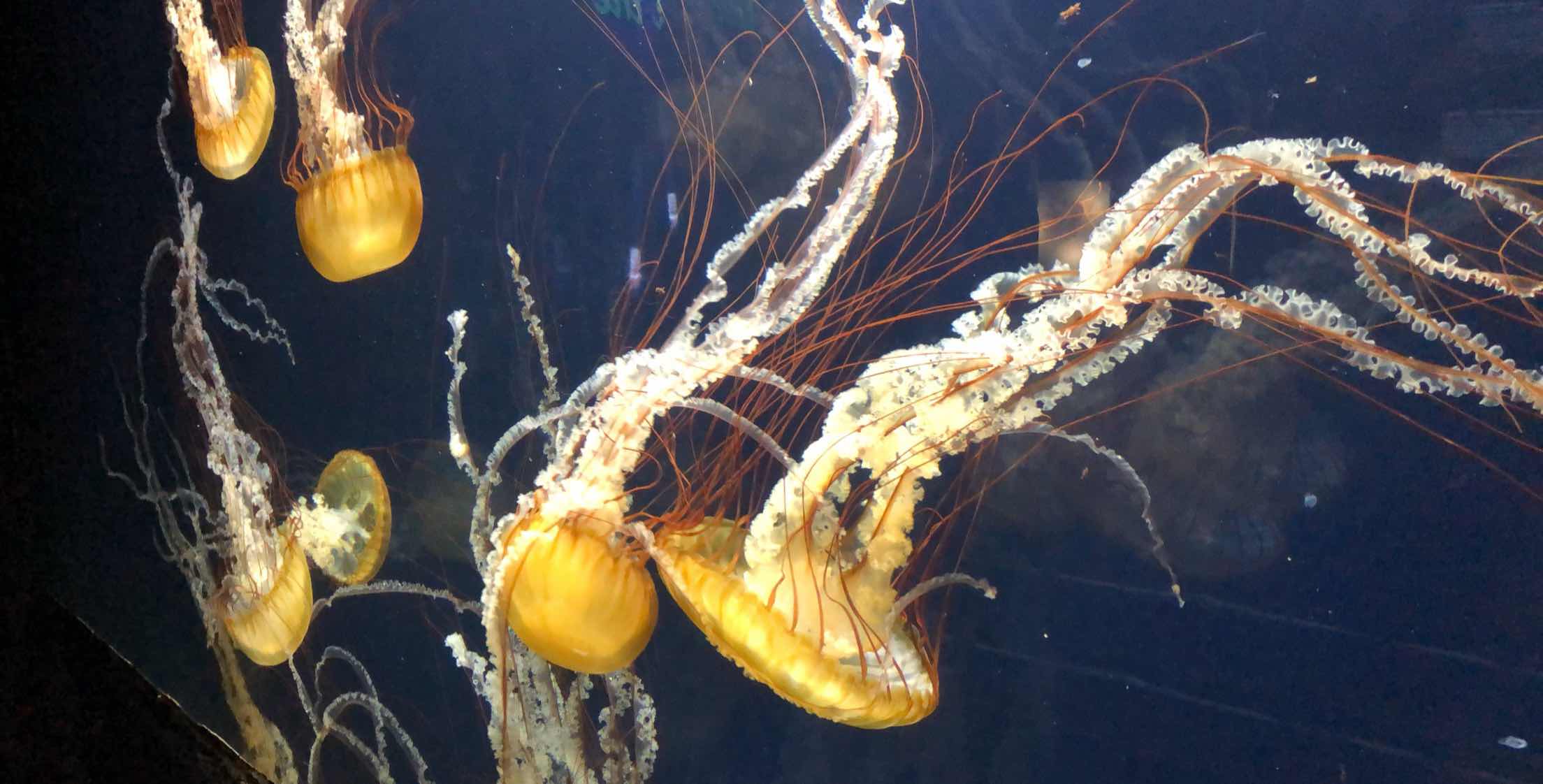 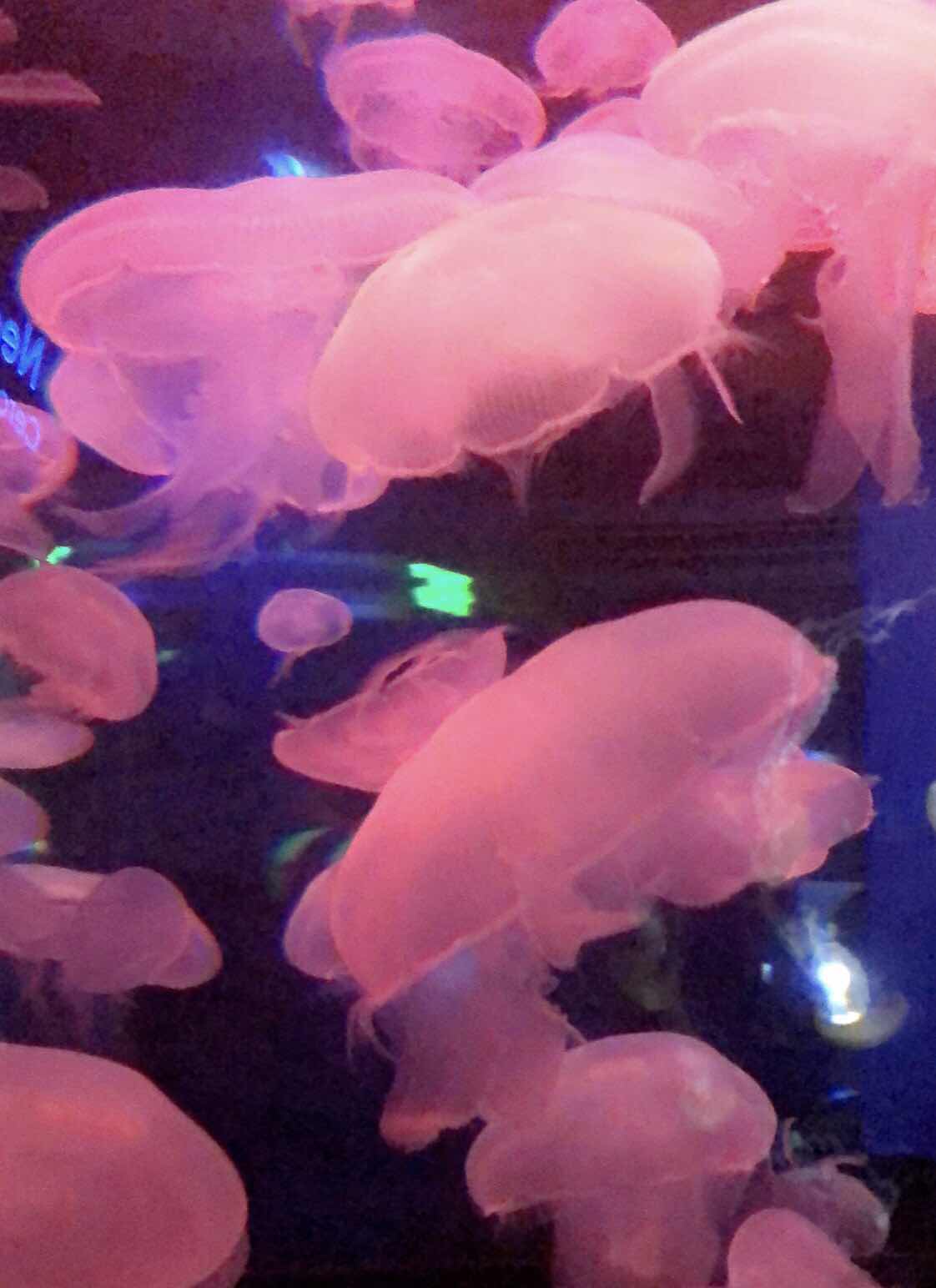 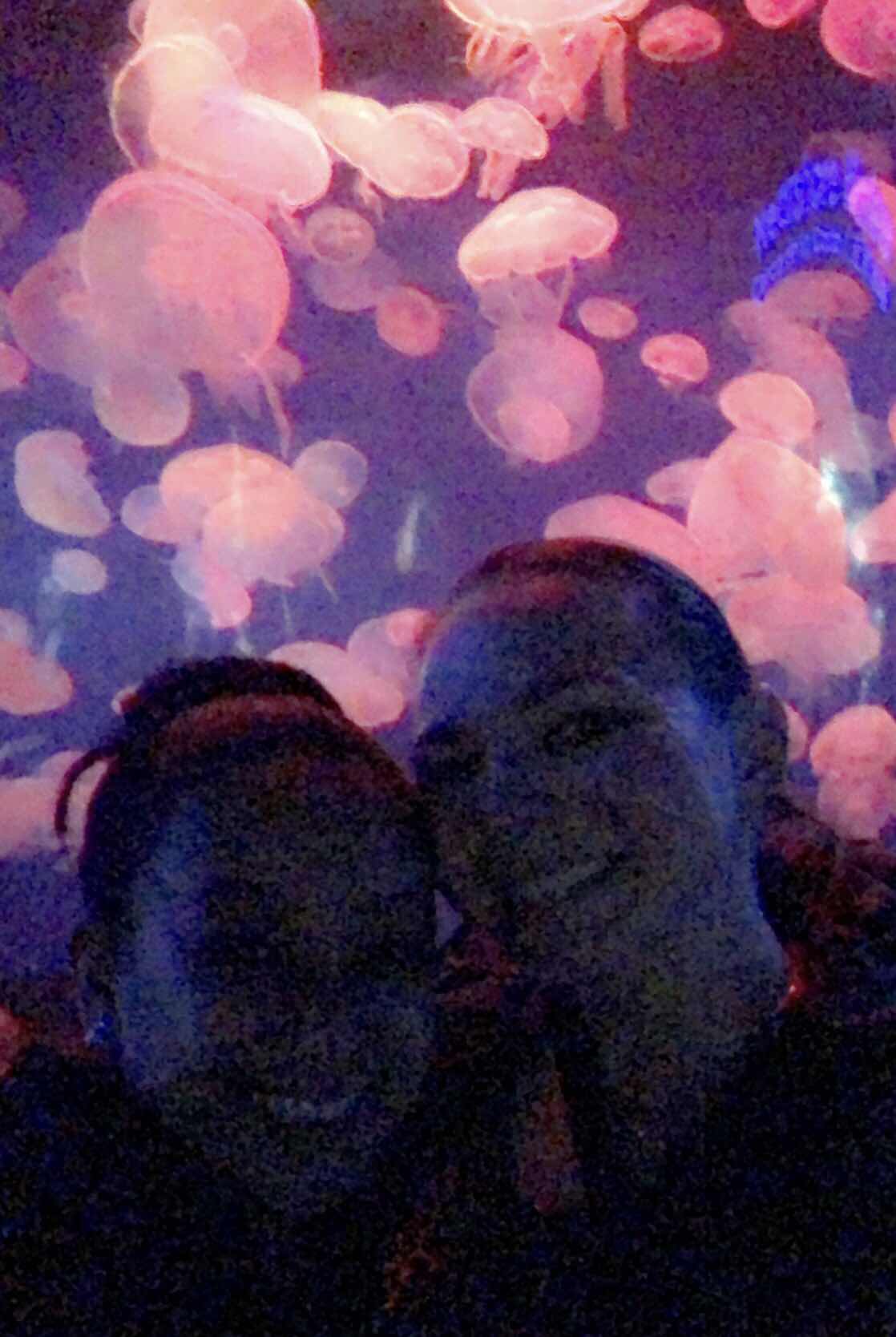 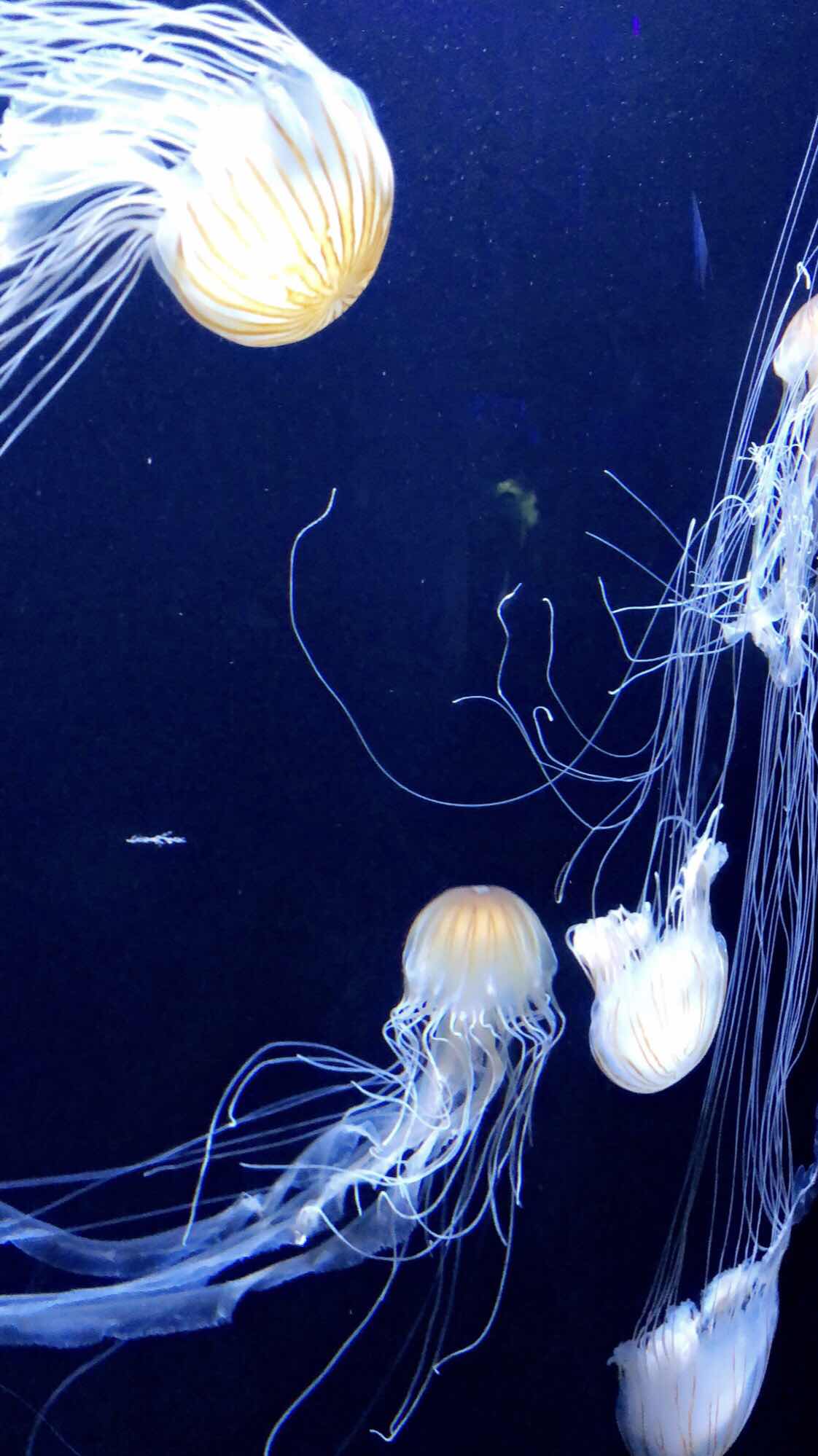 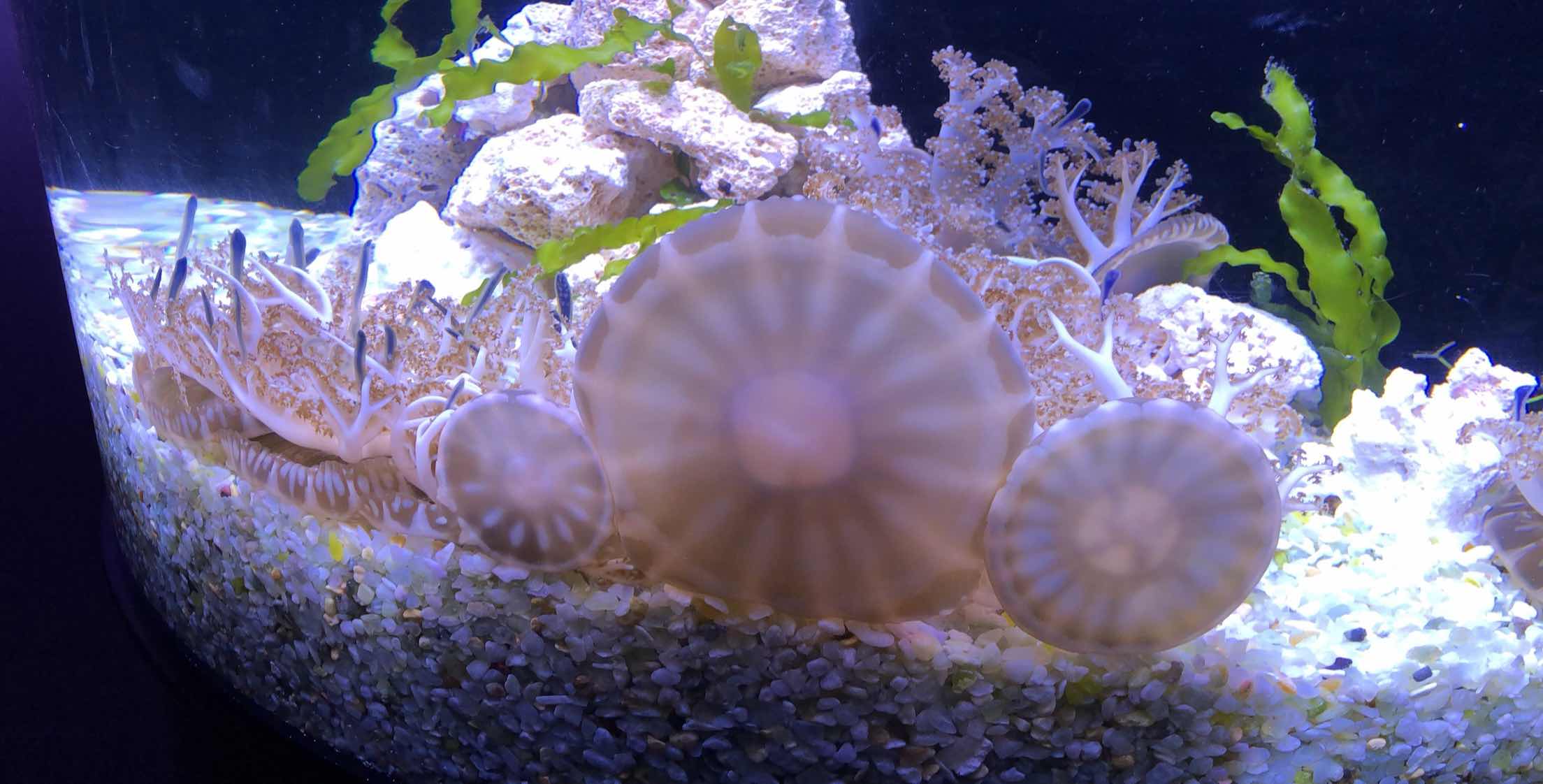 We went thru the first tunnel and there was a massive tuna following and mimicking me. Face to face: Mouth open. Mouth closed. Mouth open. Oh damn the glass between us. So here’s a kiss. 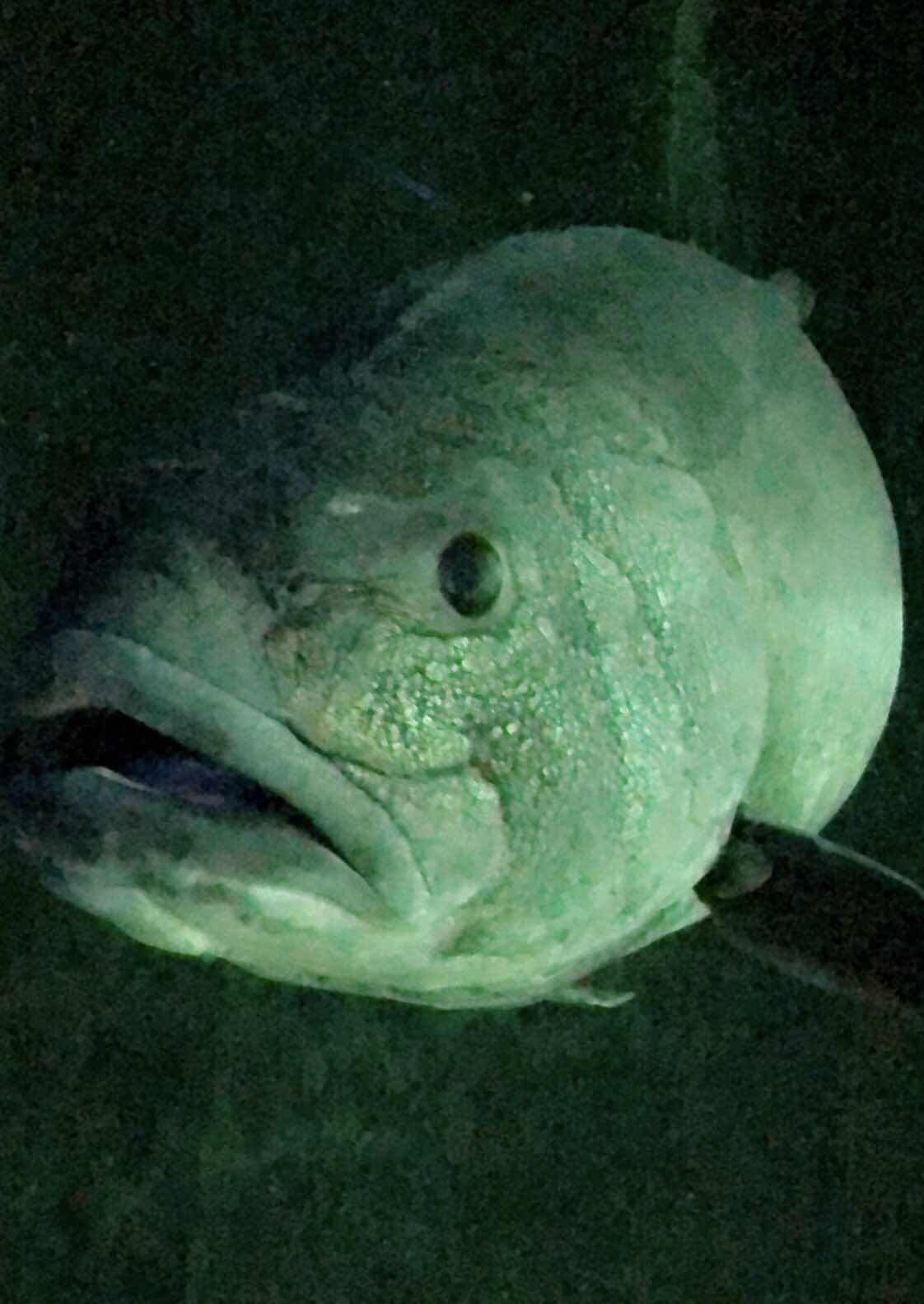 The next room had humongous crabs. We thought we lost Arya for a second but she was poking her head through a cutout board and we couldn’t find her til other people started laughing. Those crabs were distracting. Distractedly delicious. 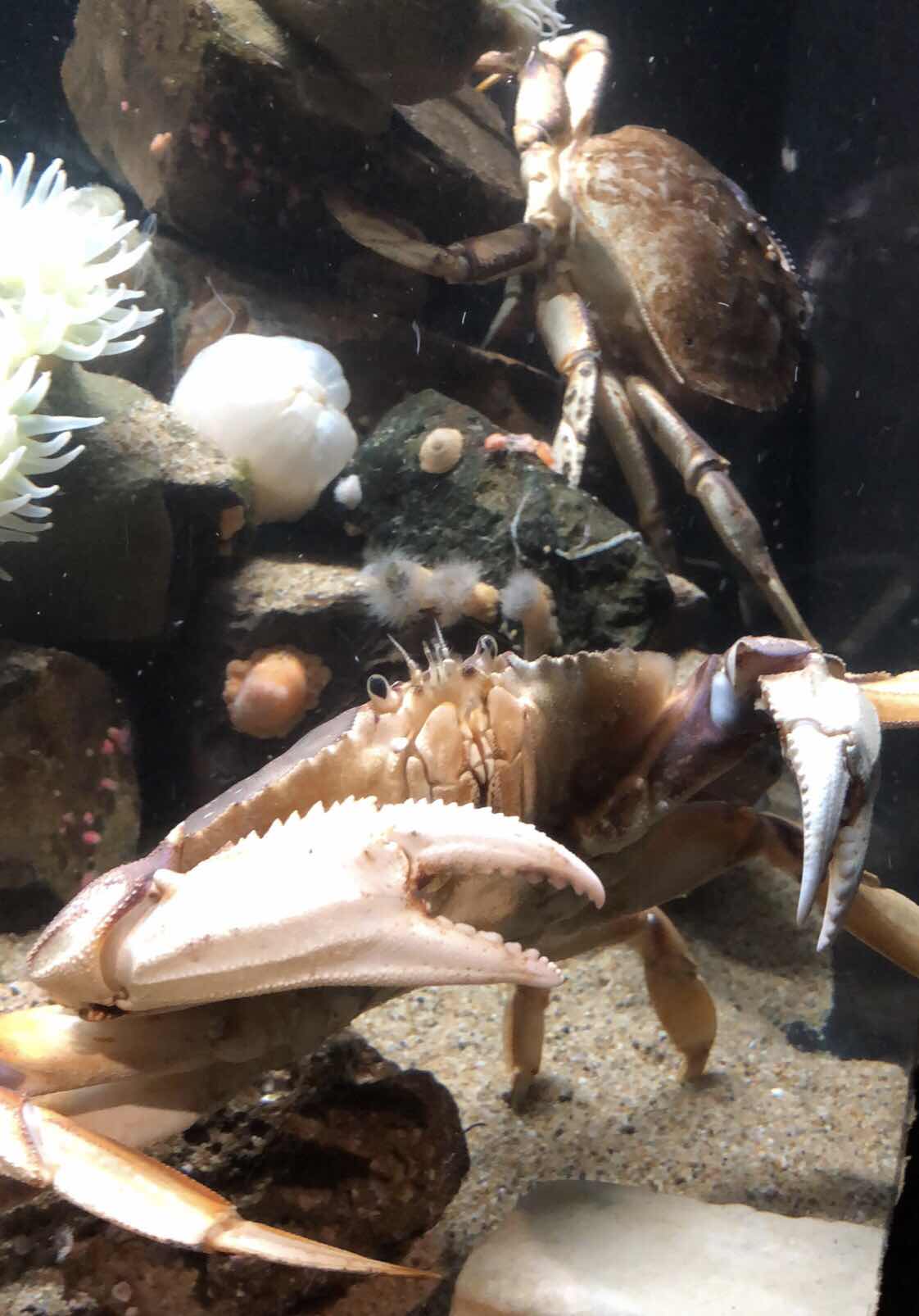 It was time for the sharks to be fed. What a treat that was! There were Tiger Sharks and the 7-Gil Shark and bat rays. Those guys are cool. I love the video I took of one of them eating and seeing how they eat right up against the glass. The Little Loves took turn taking Christy’s phone and being photographers. They loved it. Honestly, so did I. I really enjoyed the aquarium and there was a very good amount to see. 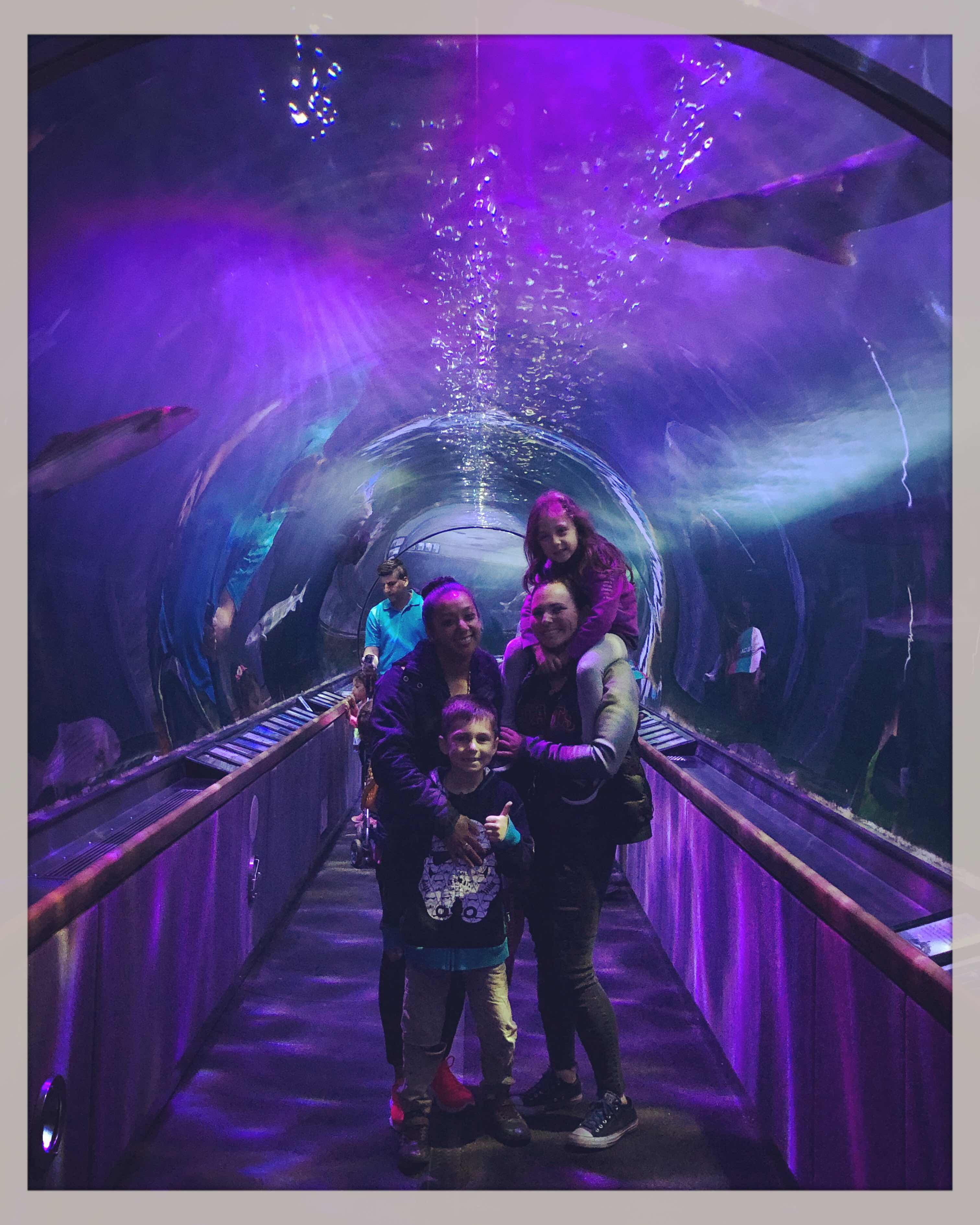 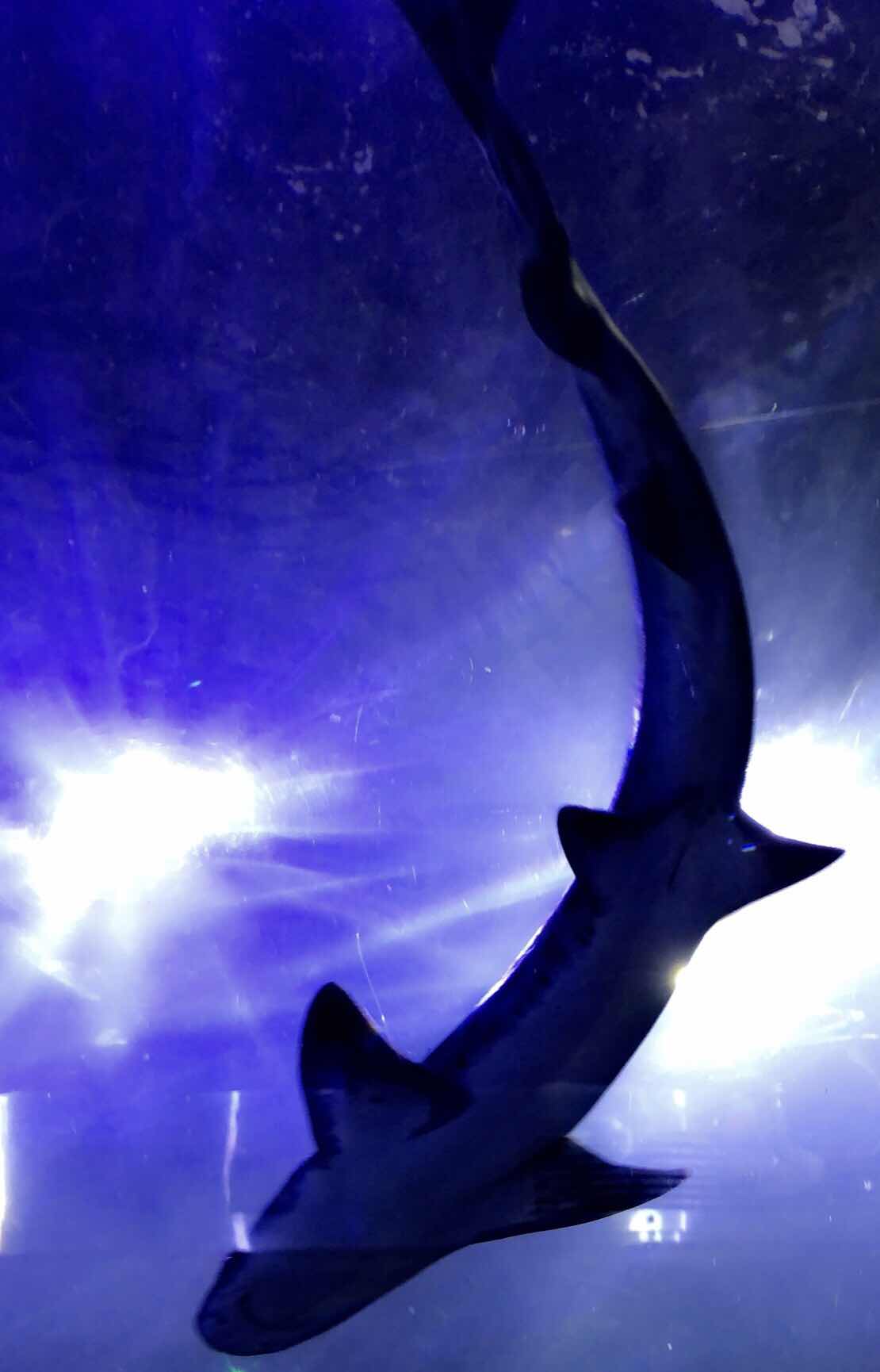 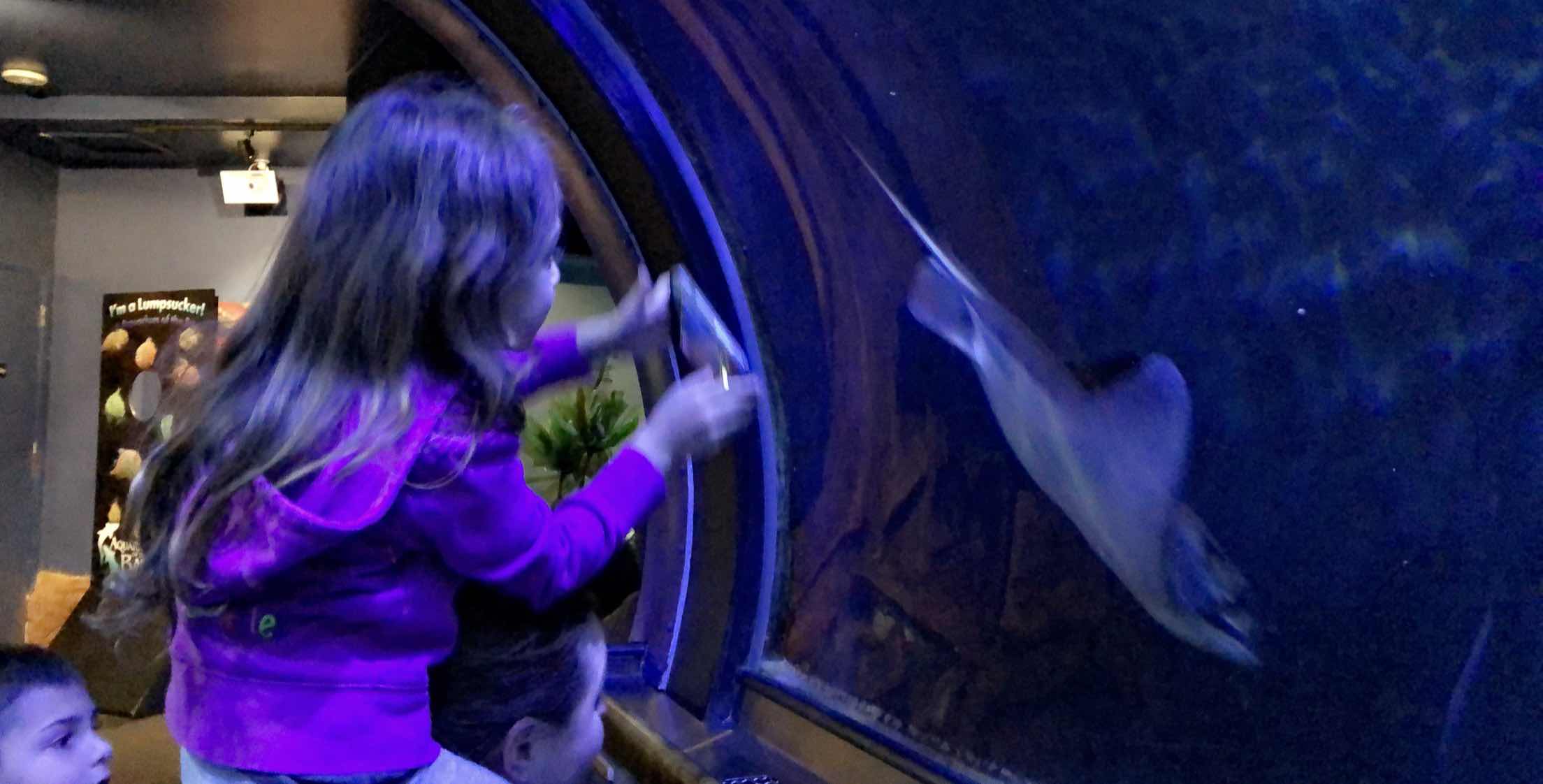 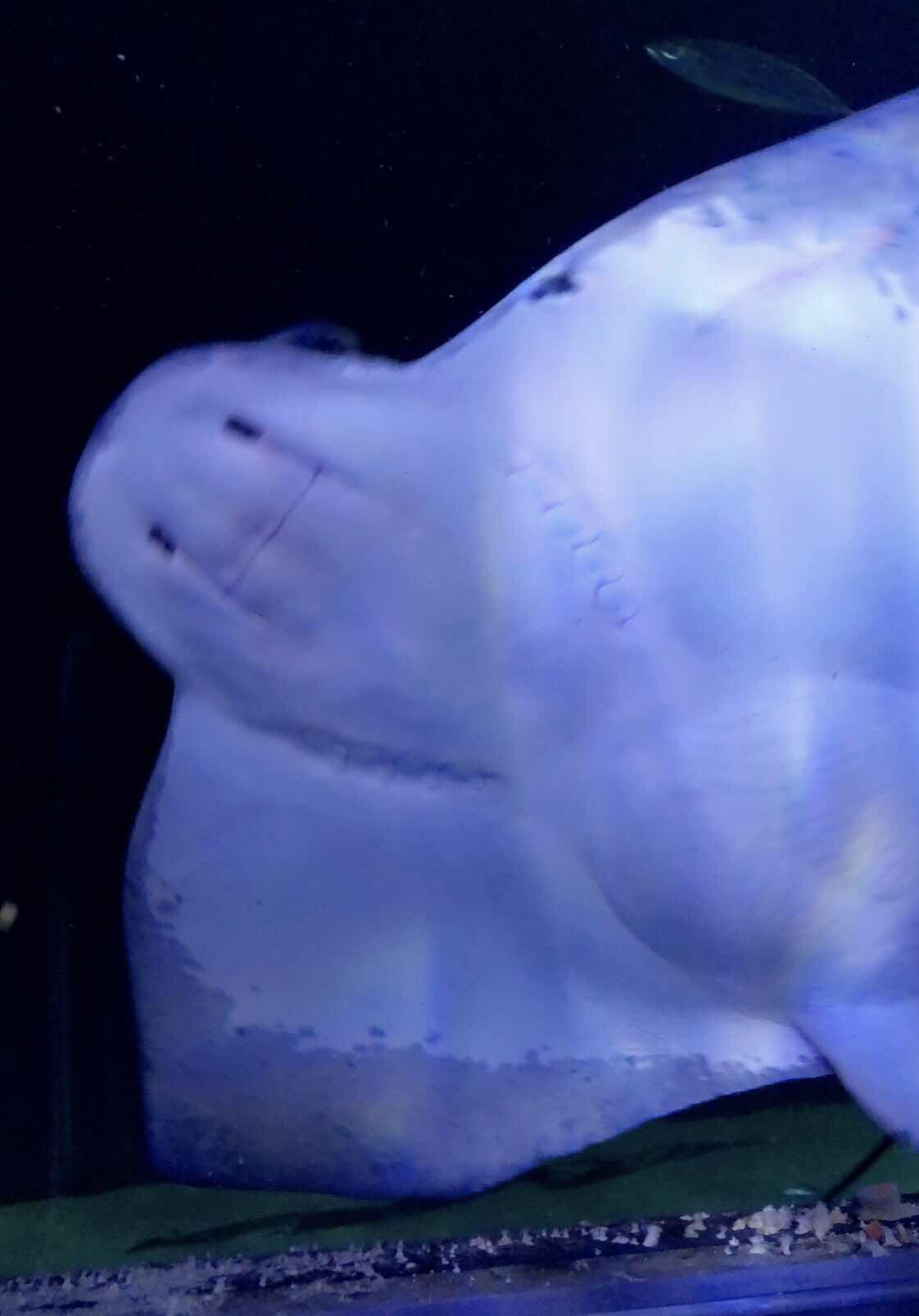 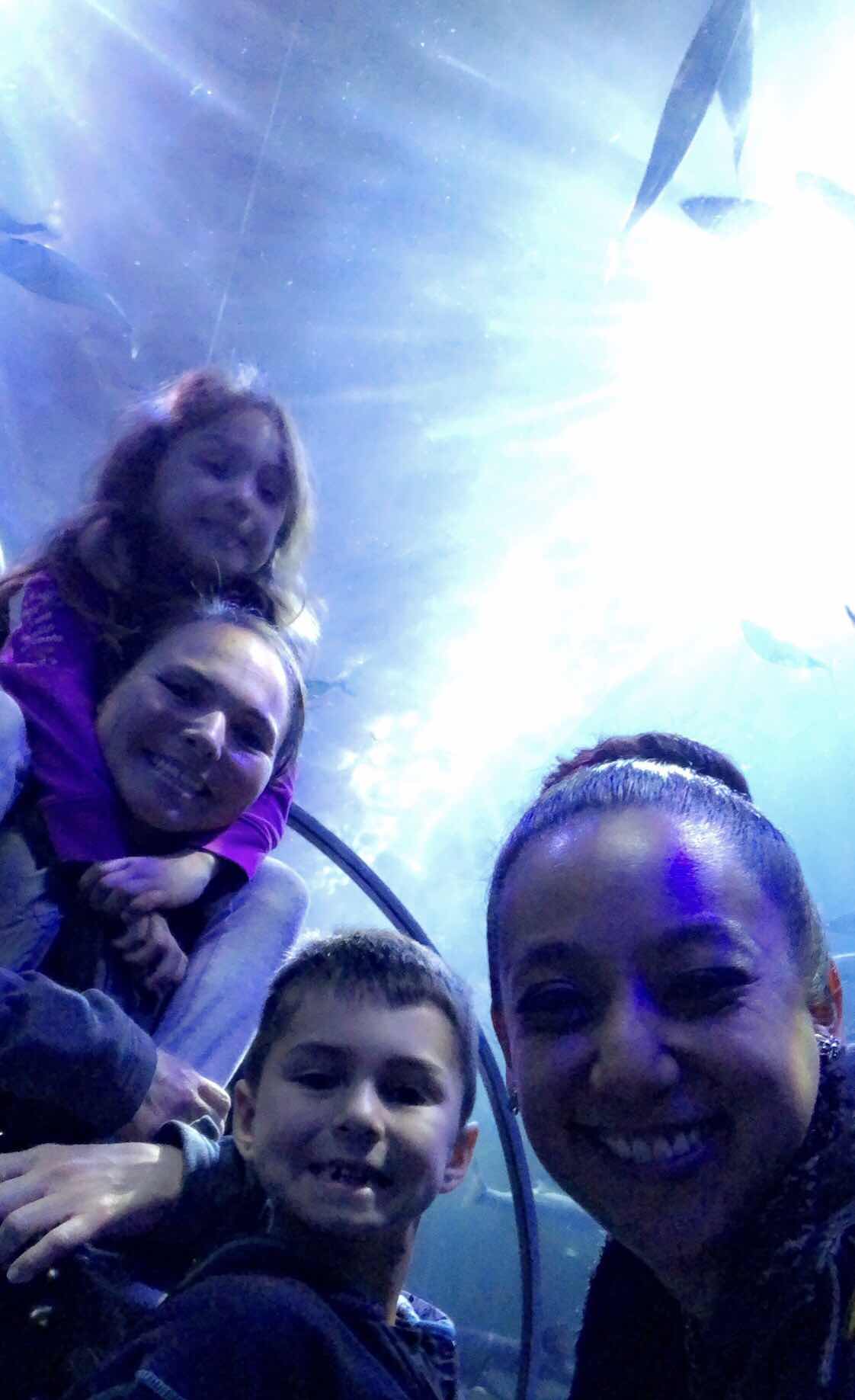 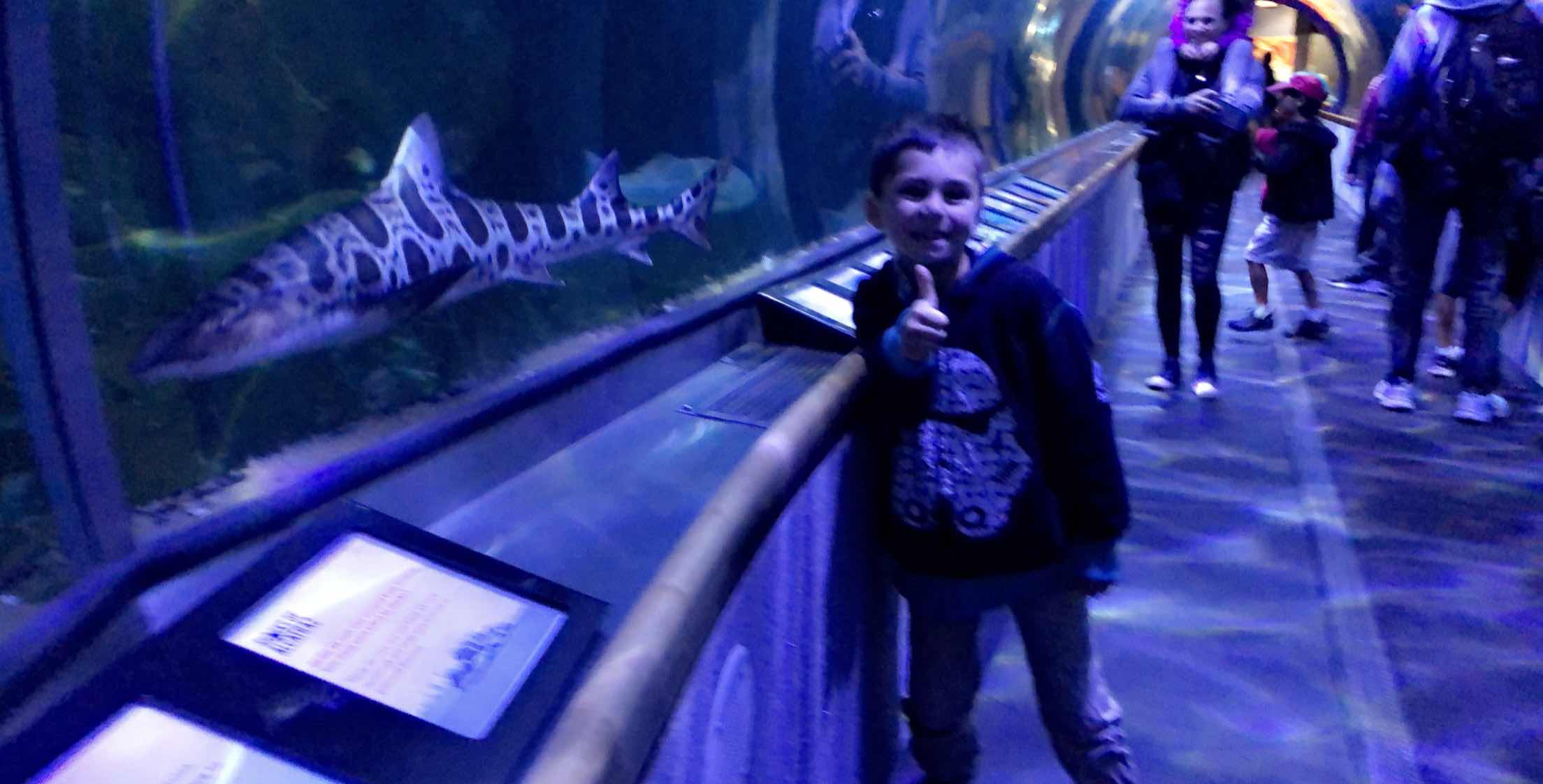 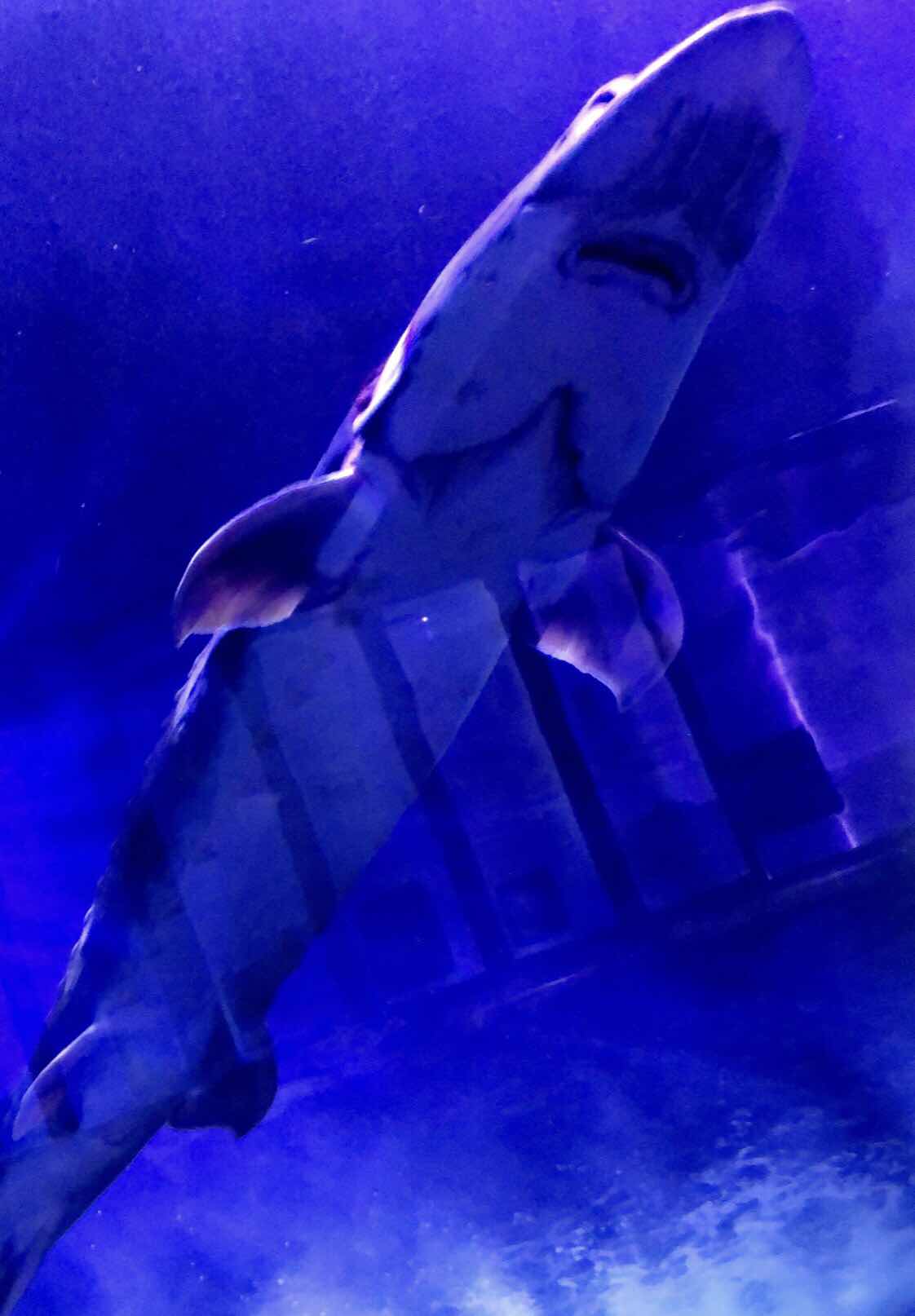 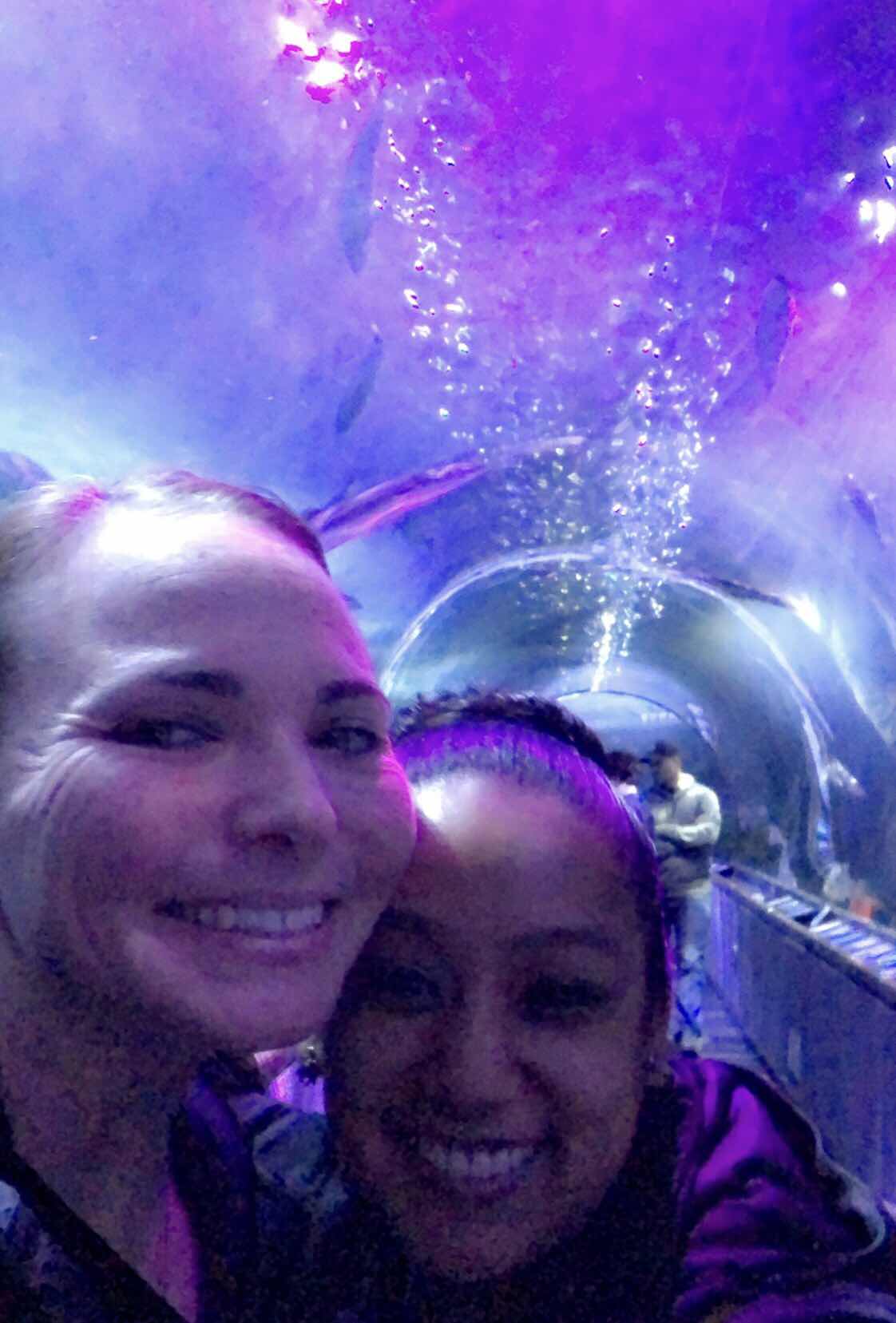 Not quite finished with the aquarium, there were little pools to touch and feel sharks, rays and even anemones. There was a funny ray trying to jump out and climb the rock. What a funny guy.The sea otter exhibit was vacant with no signs as to when they would return. 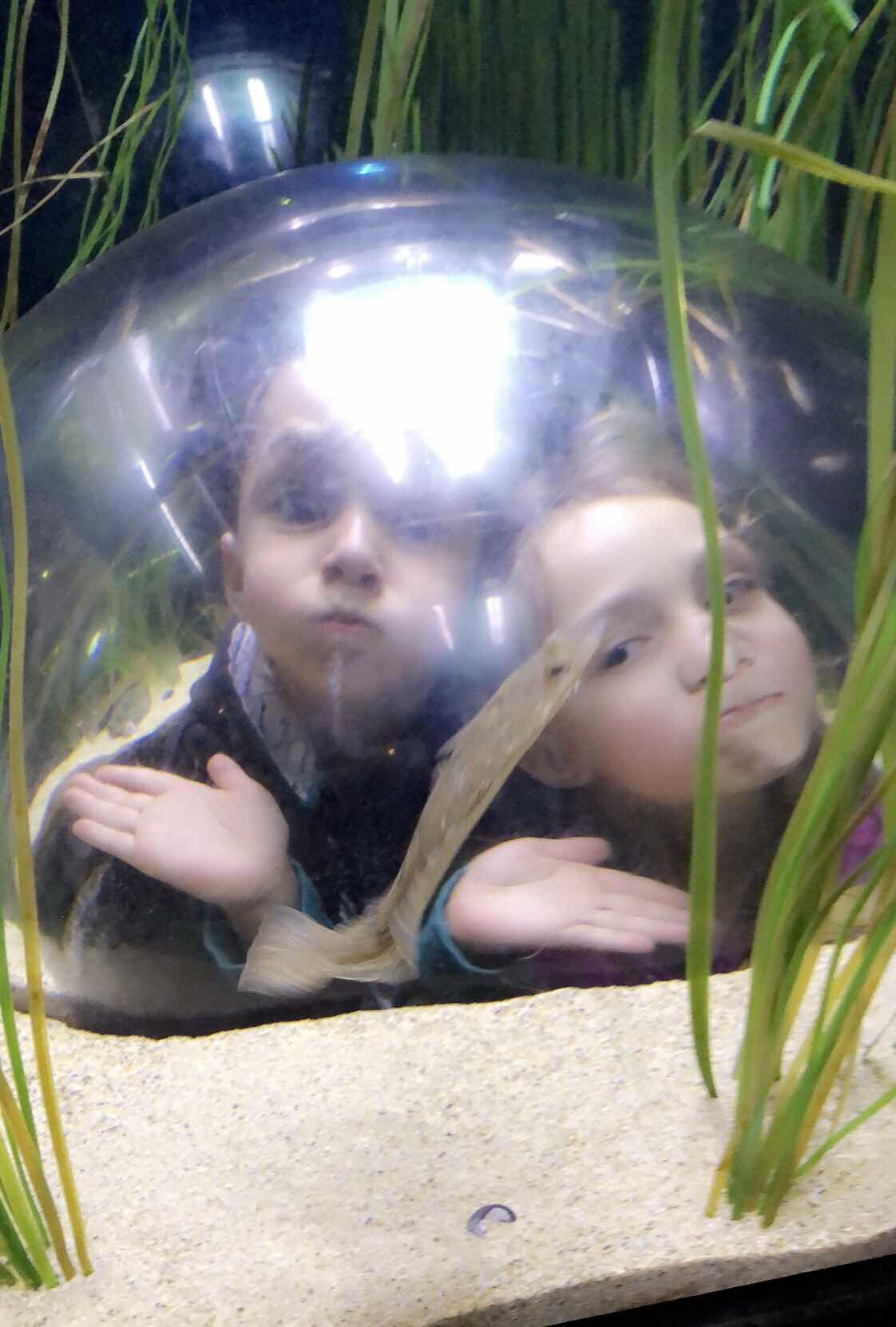 With just a few minutes left before I had to start my work shift at the hotel, we headed to Doughp. (See previous blog post.) It was nearby and on the same level so I took Arya’ s hand and skipped our way. She loved it. Christy and I both used a buy one get one half off coupon and then I had to give them kisses and leave. But what a fun and filling afternoon with Forrest Gump and the Aquarium of the Bay with a side of Doughpness.

No animals were harmed during the creation of this post and no skipping was continued to work for my own safety.
**** April Daily Challenge ****
Day 17