Skip to content
It’s been six months since I took some real time off and I was ready! A few days in Barcelona went by too quickly and I was about to hit a different Southern city everyday for four days with my 12-year-old nephew. But first, chicken.
I meet my sister and my sprouting nephew at their machine shop in Raleigh, North Carolina after a red eye from Oakland. Our first stop: Bojangles. “It’s Bo time” as my nephew said was their tagline. My friend who also lives in Raleigh also said it. Their advertising hasn’t reached the West Coast. We got an assortment of meals to go and they were pretty cheap! Six bucks for two pieces of chicken and two sides. They’re chicken had this thick, crispy skin. I like that. My sister said they were known for their biscuits. It was ok. They forgot to pack my dessert like biscuit. Would it also just be ok? Then they’re mashed potatoes and gravy. I like KFC’s and Bojangles were a bit on the the thicker side. It was a good first meal in North Carolina. 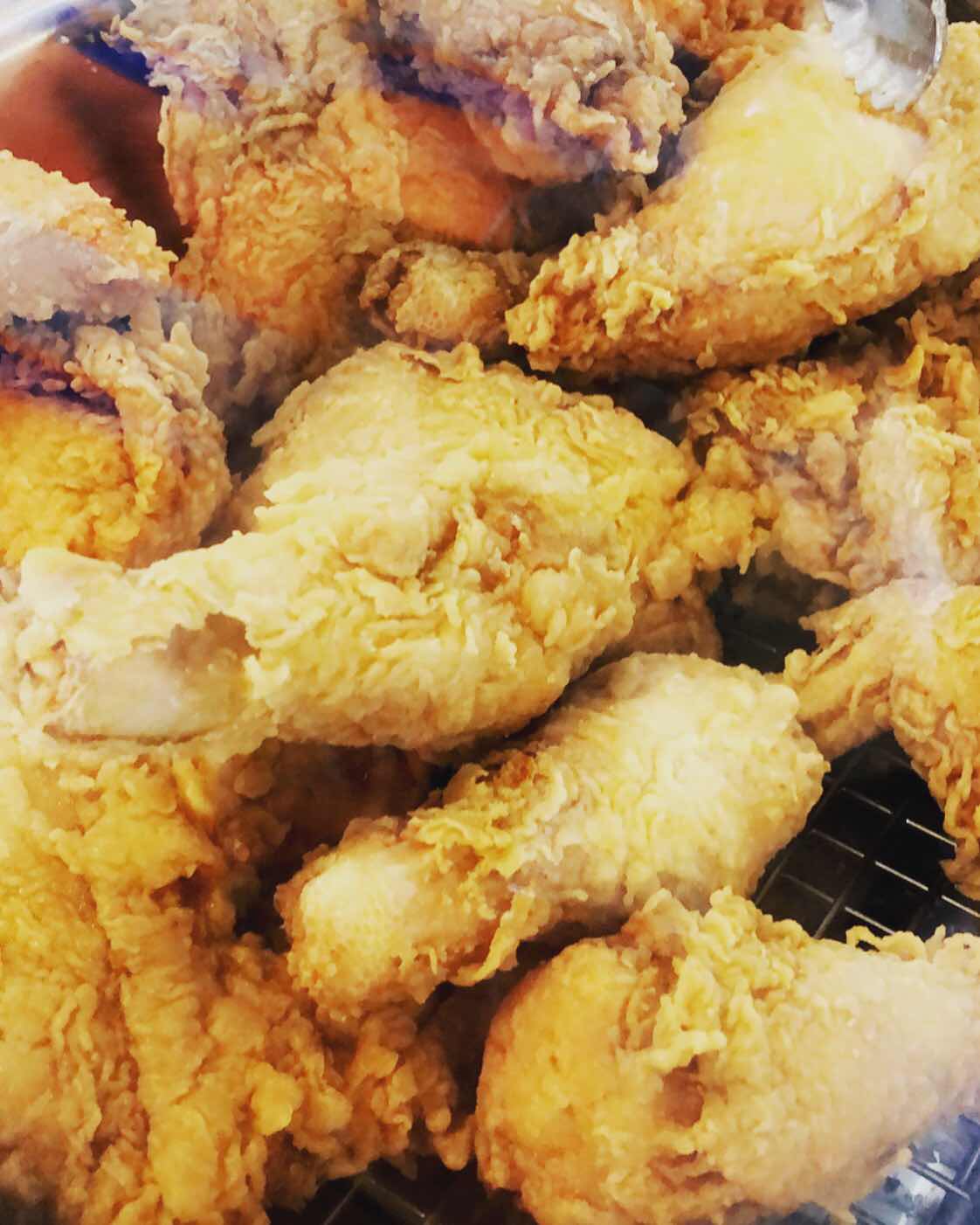 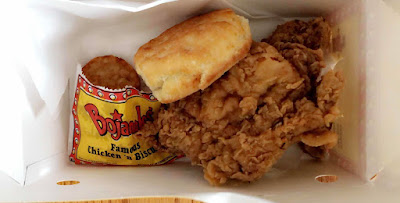 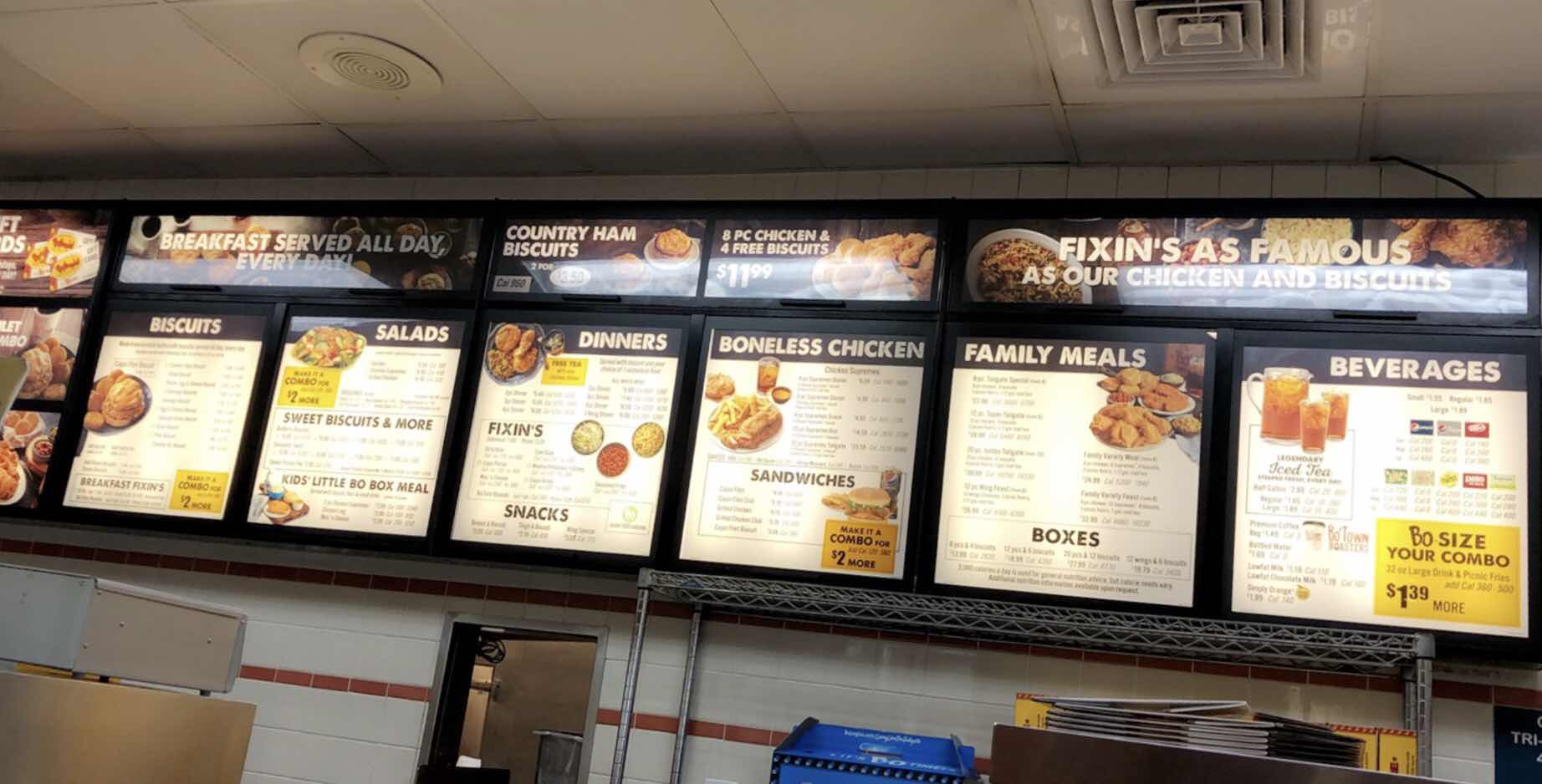 I took my nephew to Wilmington, North Carolina, Myrtle Beach and Charleston, South Carolina and Savannah, Georgia. We ate pretty darn well that we never made it to the dessert course. On our Food walking tour in Charleston, we were given samples of Hot Biscuit’s Fried Chicken biscuit with cheese. It was about two bites and I had a biscuit sandwich the day before and it was heavy. I couldn’t taste the chicken too much as we continued to walk and I had my hands full trying not to make a mess or drop anything. The chicken wasn’t as crispy as Bojangles but not dried out either. I guess I’ll have to come back to Charleston. Oh, darn. 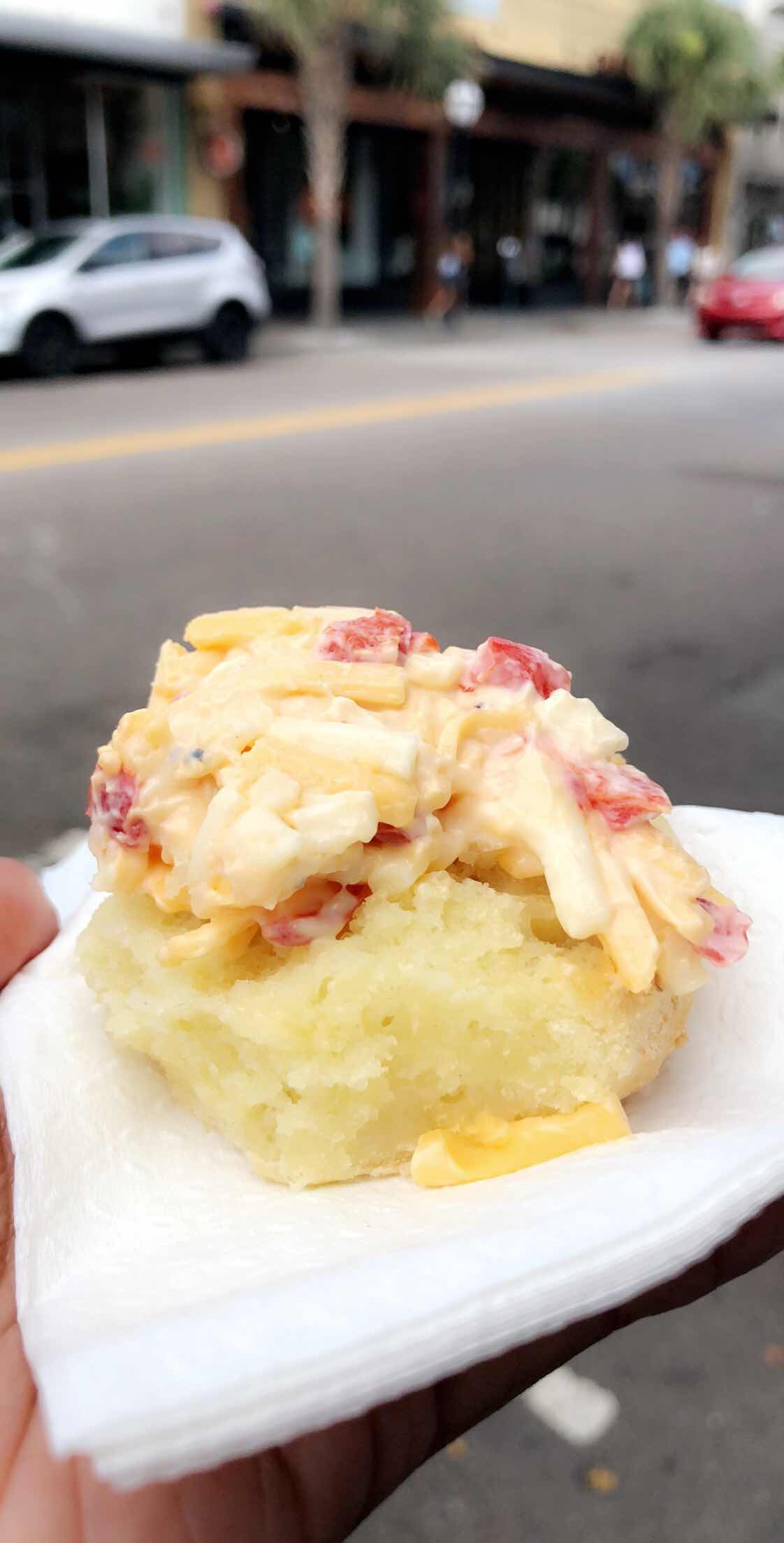 The next fried chicken I had was back in Raleigh with my sister in tow this time. We had a day downtown Raleigh. We went thru the Caribbean Festival but there were so many people and walking in a one-person lane in each direction didn’t sound like fun to me and the food lines were ridiculously long. We ended up exploring and ended up at Whiskey Kitchen. Now you’re talking my language. I didn’t get the chicken but the mother-son duo both got the Fried Chicken Sandwich. And holy moly that was a thick piece of chicken with skin so thick. It was towered high. Good look biting into that without a cramp! I got a taste and it was pretty crispy. Because it was so big, it was hard to taste all the layers of goodness to make it a complete bite. But if you’re up for the challenge, have at it! 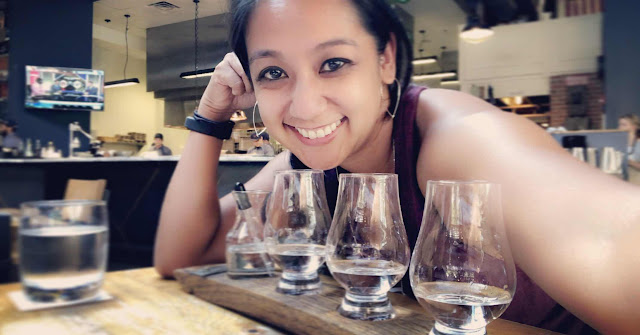 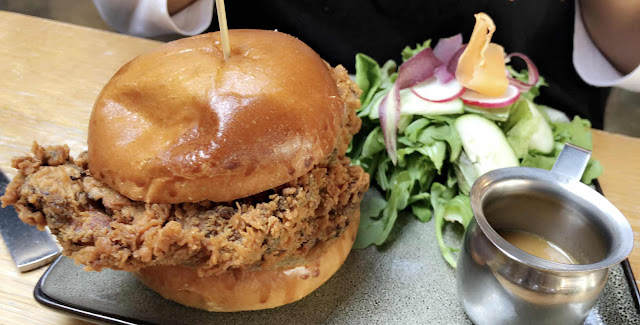 On that same night and plans to just head home after some errands, this silly girl that had a salad at Whiskey Kitchen, I was hungry. Hmmm, which fried chicken haven’t I tried? The two of them didn’t sound too excited about Smithfield’s. I was willing to try it and after driving 5.5 hours earlier that day, I wanted something convenient. We found one and I pulled up to this old time menu that didn’t explain exactly what you got with what. We ended up getting two two-piece meals with sides. The speaker didn’t work so well and the menu was far from being self-explanatory. Keeping things original is cool but it was difficult to order and I had to ask the cashier to repeat what she was saying when she was just 10 feet ahead. I should have just pulled up. Regardless, the order was eventually placed. The sweet girl told us that the wing was going to take a few minutes. My sister was willing to wait. This driver pulled off to the side to wait. And while waiting, I dug into my chicken and oh boy, I’m glad I didn’t wait. This was the best chicken so far without any sauce. Smithfield’s is the fast food fiend chicken winner. It almost didn’t make it home. 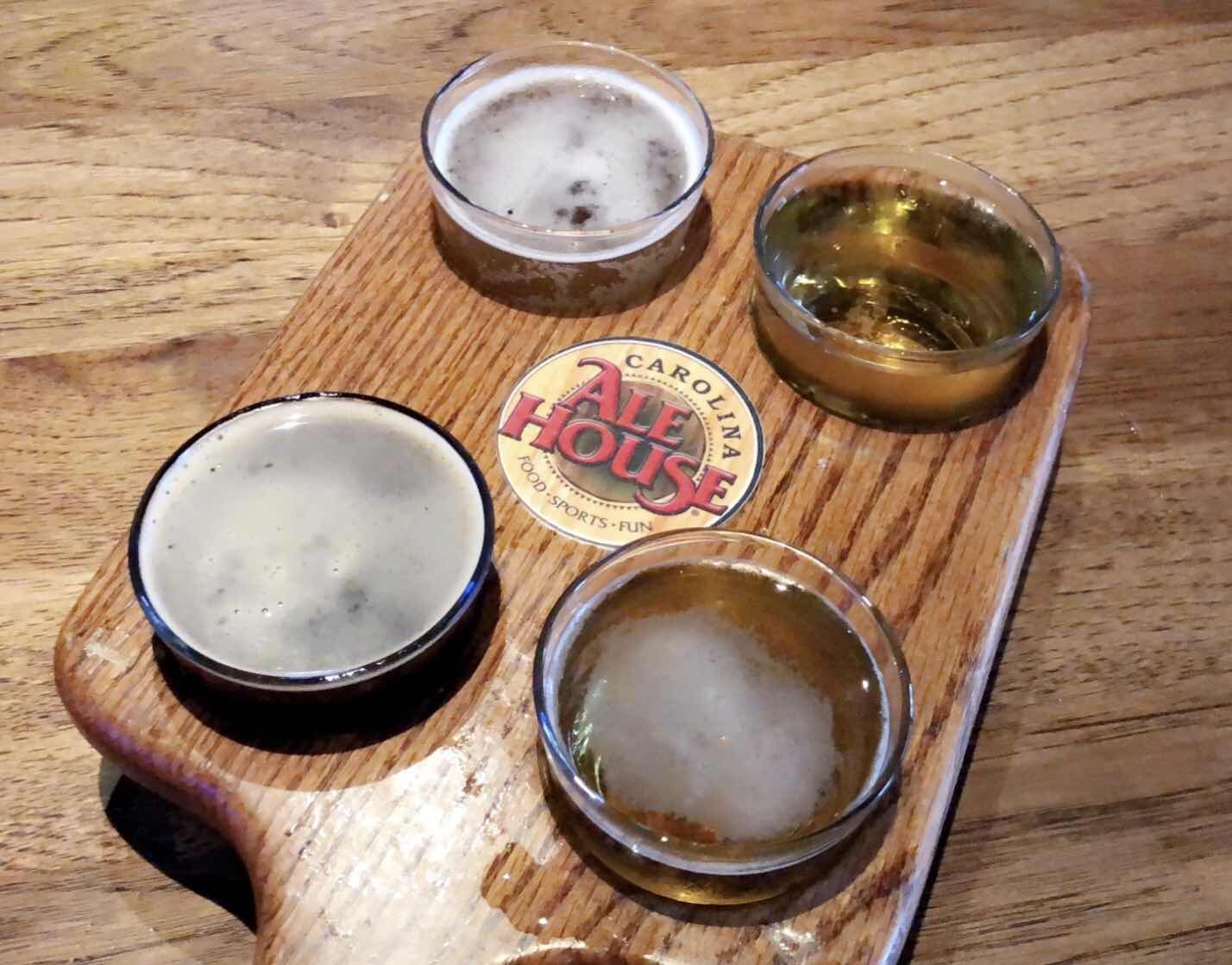 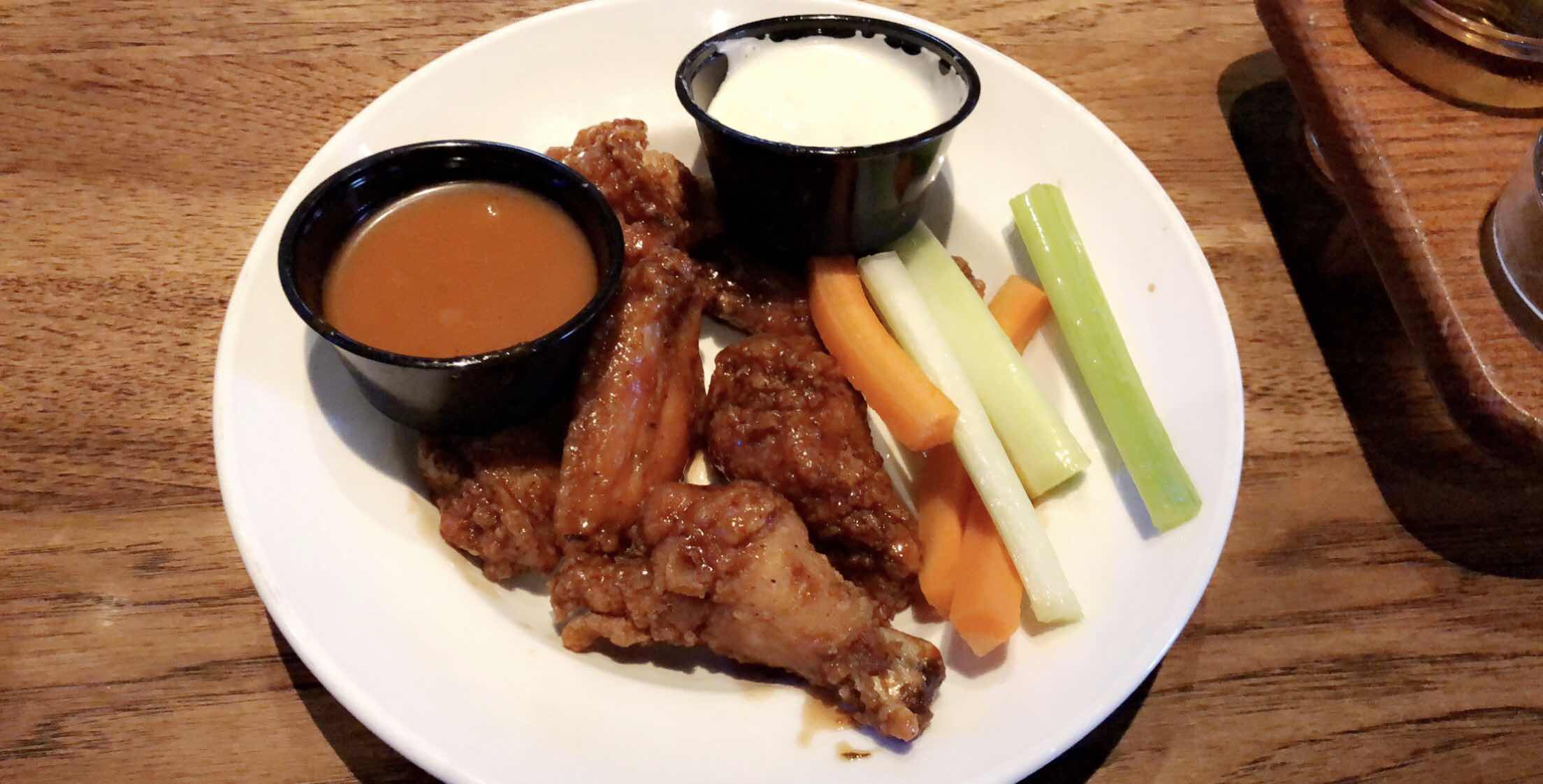 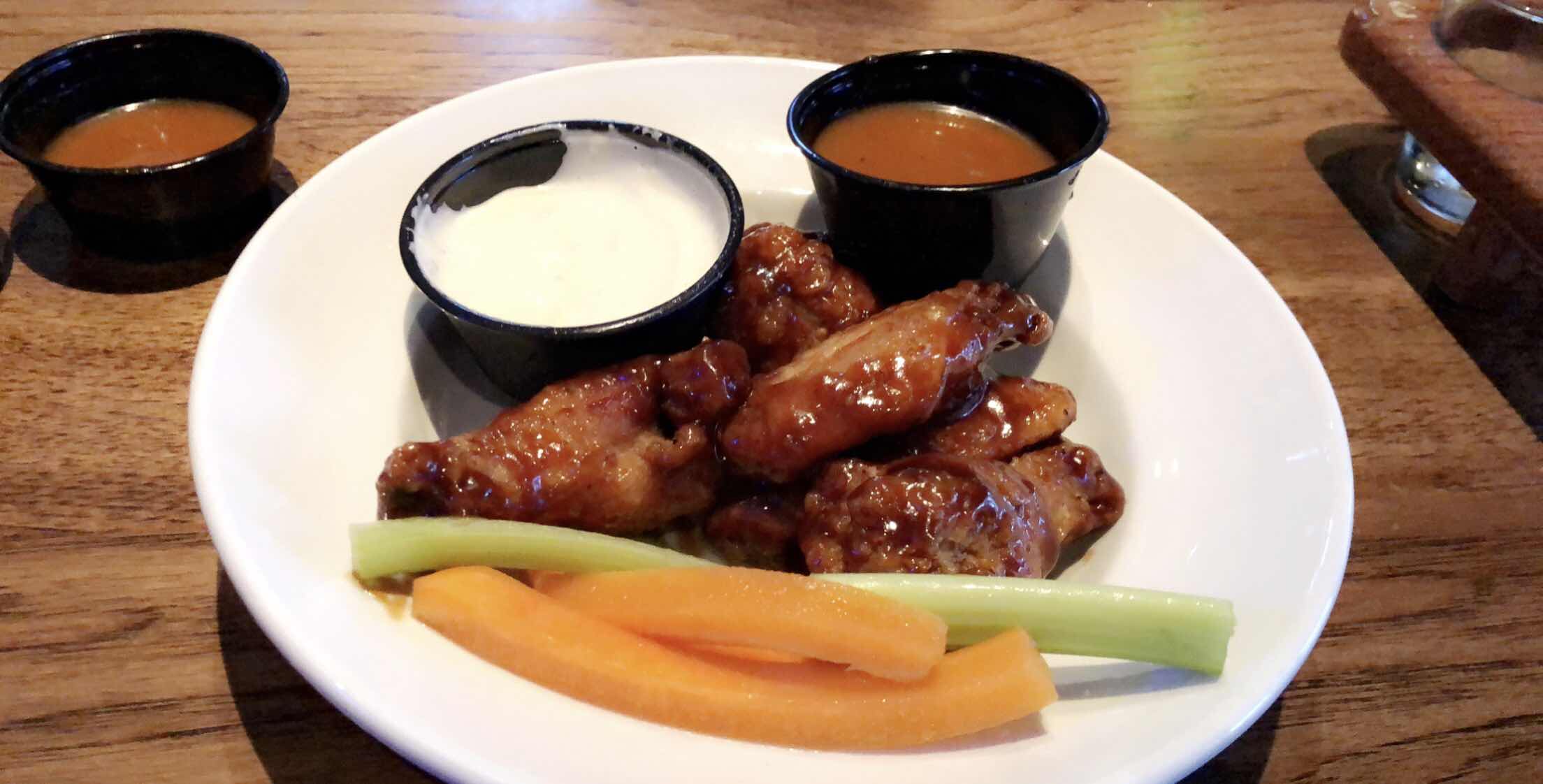 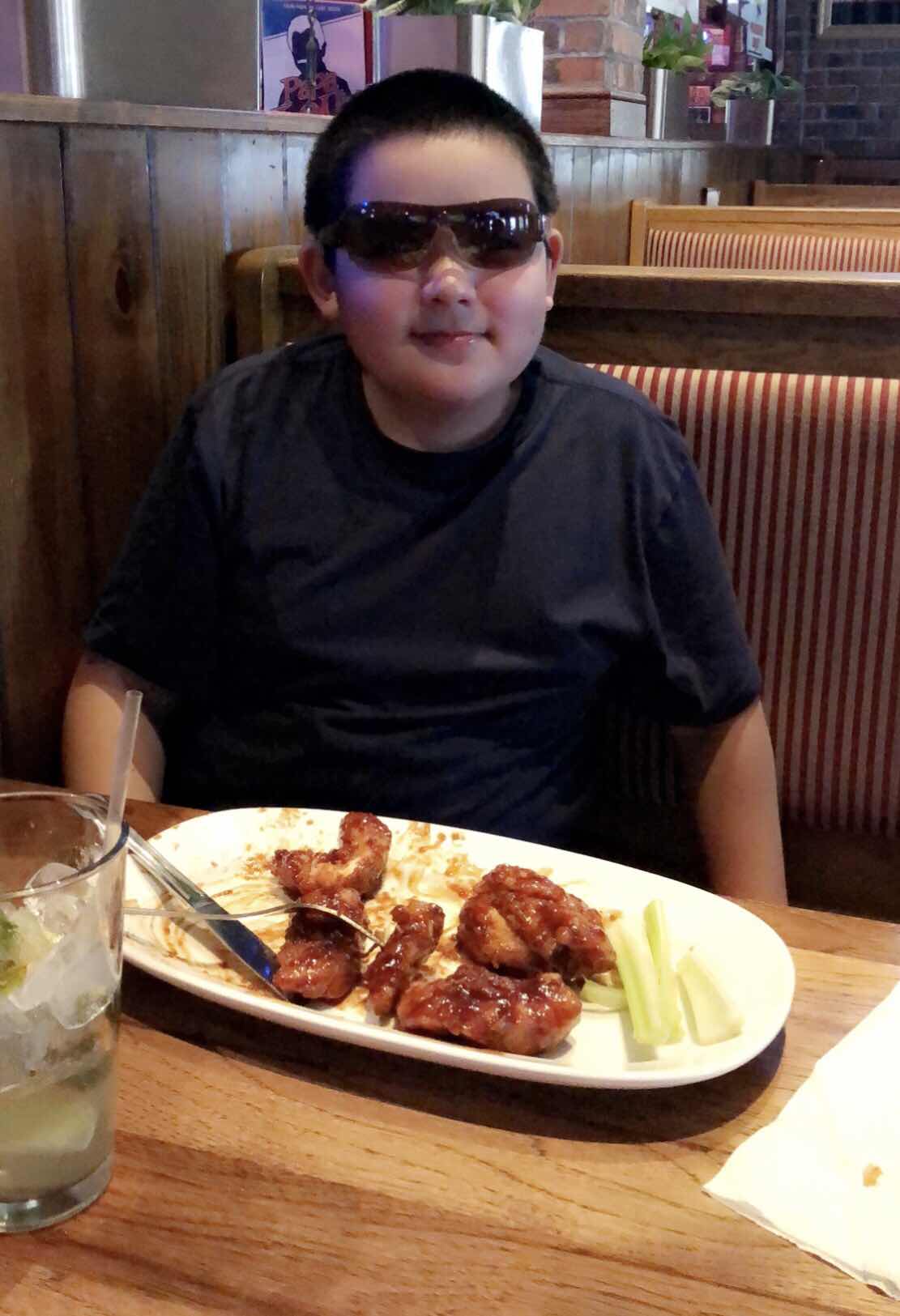 My mouth is watering as I write this can’t justify going to KFC right now as I’m trying to detox. But oh boy, I can’t wait to get back to the South. I really like it there. Especially the chicken.
Back in the Bay Area, Hazel’s Chicken & Waffles are a must and the fried chicken at Shed looked tasty enough to take a photo of it. Sadly, I passed. But I did buy some wings and fried up some at home! Mmm, that sauce! It’s so good. 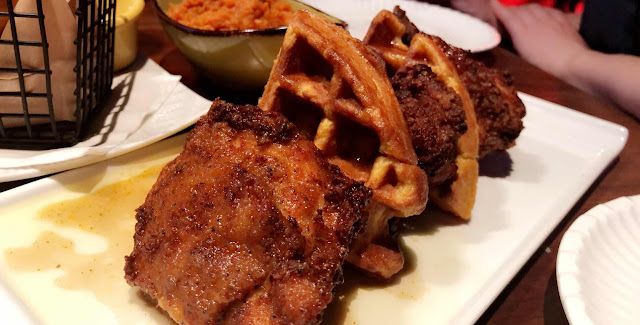 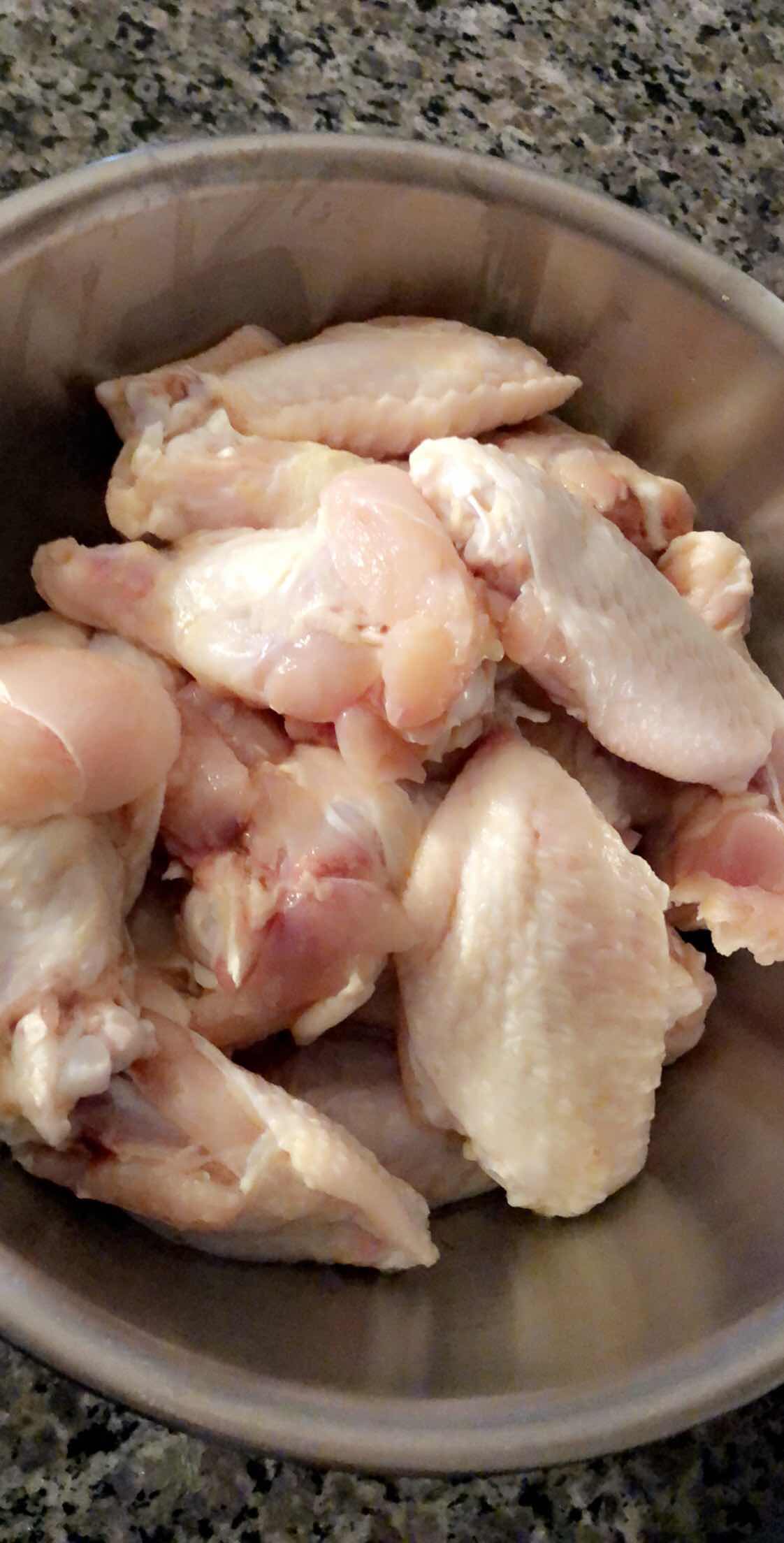 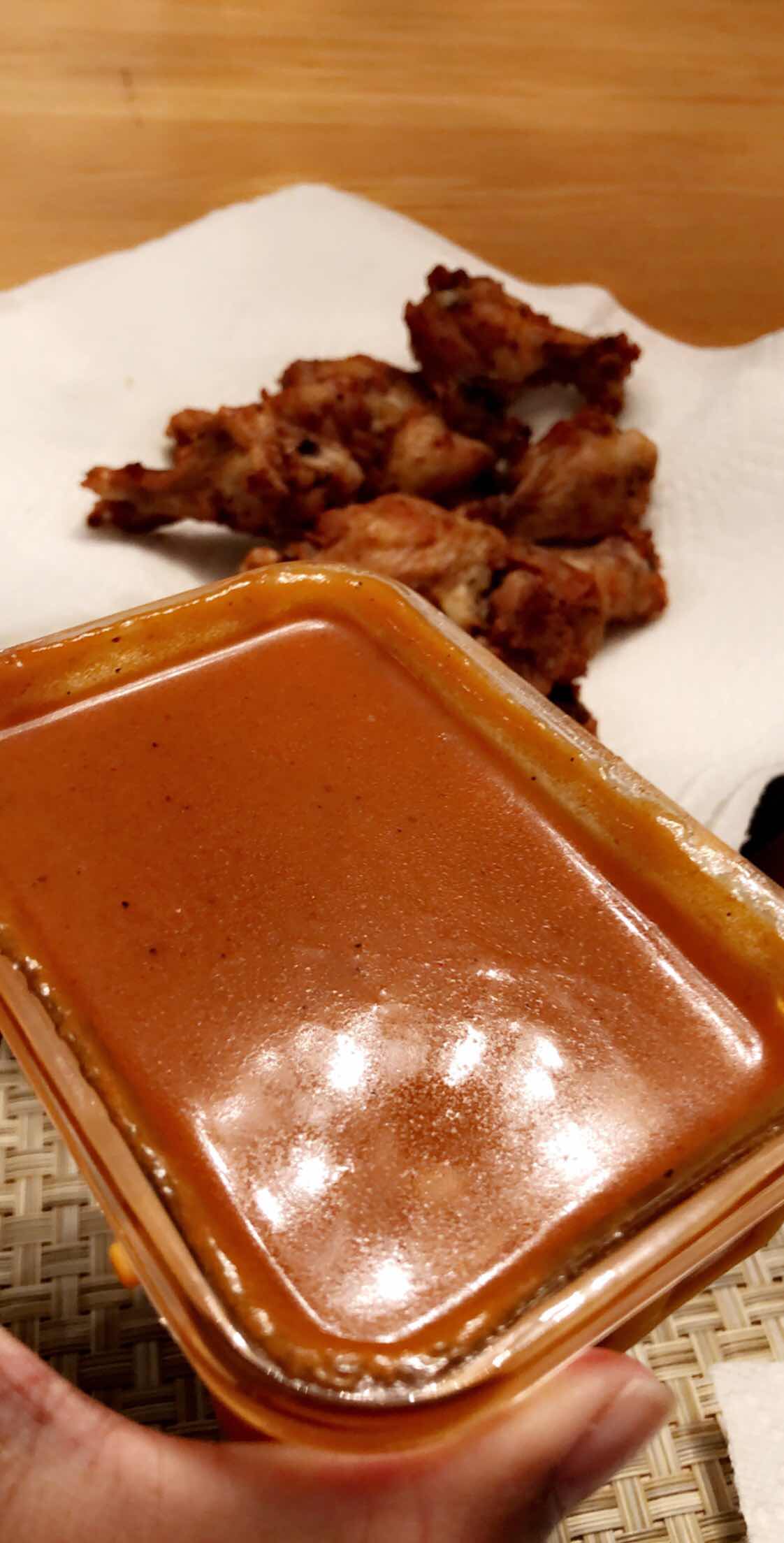 Did I miss a spot I had to try in the South? I already know Popeye’s is better from the South. We have locations here in the Bay Area.

What do I need to try when I’m there next?

2 thoughts on “Fueled With Fried Chicken”