Skip to content
Covered in a little bit of mud and stuffing our faces with BBQ in Lafayette is when we planned our next hike. The date worked for the table at the time. Then things change as they often do. I was going to be in NYC during that time. Regardless, I wanted to stay on track with hiking once a month. While at the gym on a Sunday morning, I opted for outdoor cardio instead of being on machine. Kim, was of course, down to go. (You know her by now from my posts, right?
Text was sent, alert to my Let’s Hike Facebook group was posted and I finished up my weight training session. Google is great. I just entered ‘paved hikes in the east bay’ It generates options for me. I selected Coyote Hills in Newark, California. It was off of 84, my usual route to go to the day job in Palo Alto. I pass this area almost every day. Now I can say I’ve climbed to its little peak.
Parking is free near the main road. It’s about half a mile from the main entrance and where your park entrance is collected. We parked there because we’re frugal. Parking can be tight and sometimes people don’t know how to park. I squeezed in between two cars. Good thing I’m kinda small to squeeze out thru the 6 inches allowed when I opened my door.
It was a sunny but breezy morning. The trail to the main entrance had folks out and about enjoying the dry weather. We have had a lot of rain in the Bay Area. There have been road closures, bad traffic and a tree in my complex even fell down. It was a nice but chilly day to go outside. 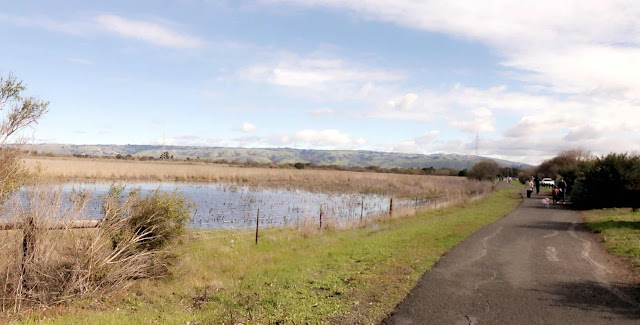 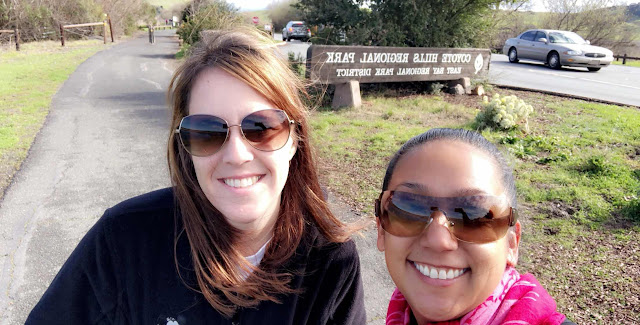 Ducks were in the water, flying low and many dogs had smiles on their faces. I miss my Bevo. Around every bend, you can find people on bikes, in groups and taking photos. 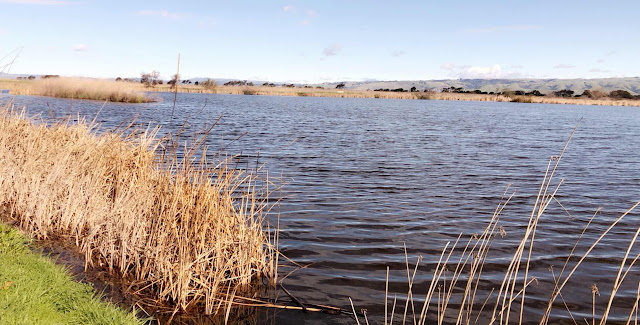 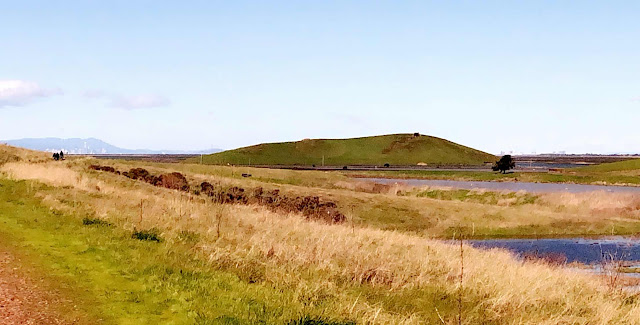 I did not have a particular route planned and the web said there was a 4-mile loop. That sounded good. What sounded great was that Kim knew where she was going. We ended up off paved paths and walked on gravel, red dirt and a little mud. She even suggested we go up hills! See her motivating photo below. My hammies and other muscles weren’t prepared for a second workout and I took it easy and stopped when they were on fire. The views were worth it. You could see the Dumbarton and San Mateo bridges, Oakland, San Francisco and the east bay hills. 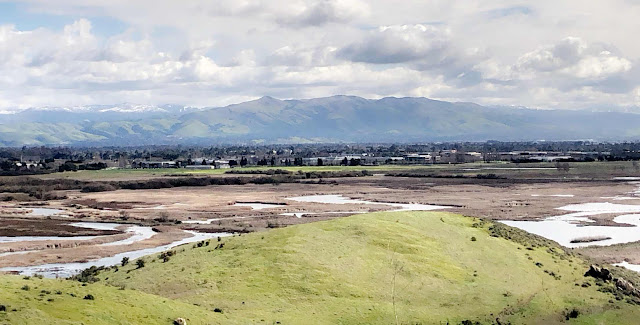 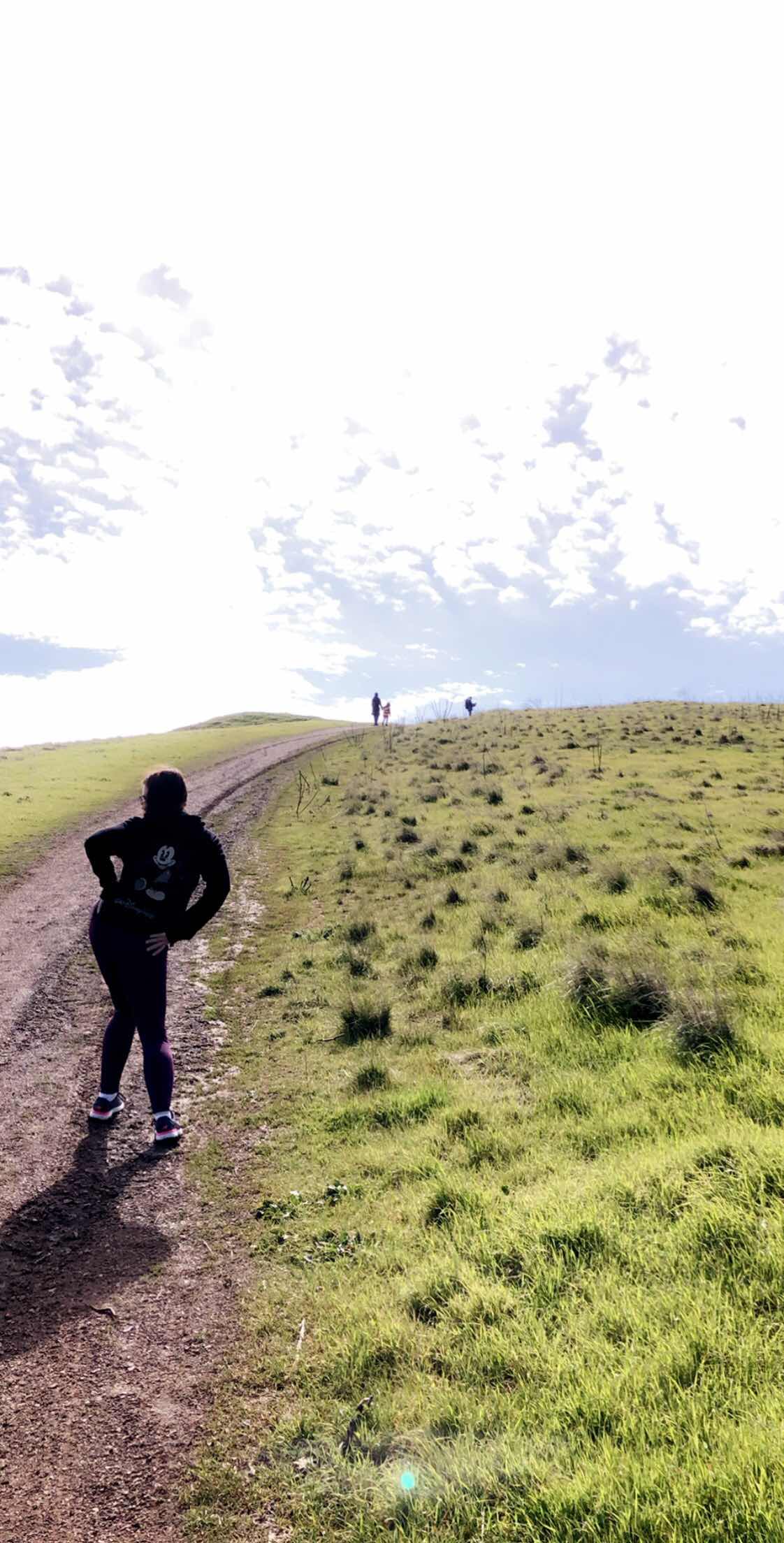 At the top, a yoga pose is needed of course. I need to learn more poses. My friend, Lisa, will help me with that. I should actually invest some time into practicing. That might help, right? 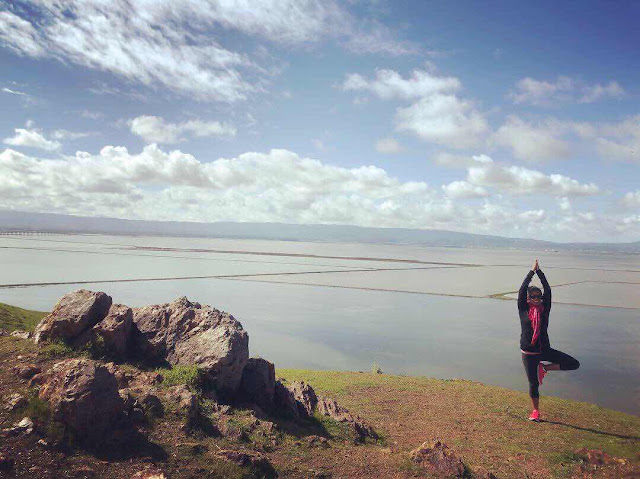 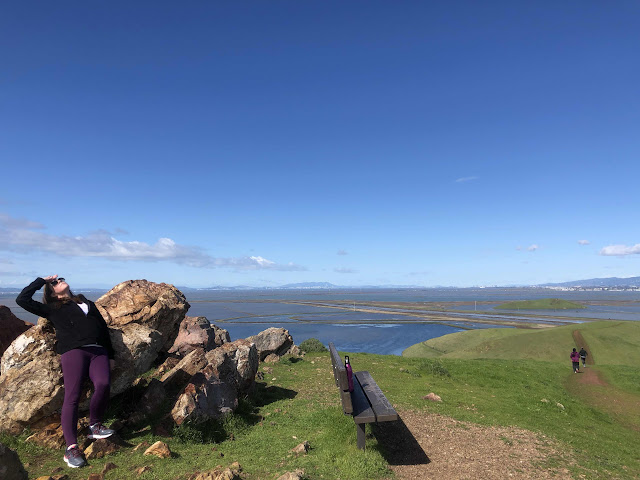 We made our way down thru a little bit of mud. My Under Armour sneakers weren’t the best for this adventure but I didn’t fall. We were getting hungry and decided to go to Lazy Dog restaurant in N
ewark for brunch as we needed to run an errand at the mall in the same parking lot. We deserved some goodness after this spontaneous hike.
Lazy Dog has a great selection on the menu, with their own beer, a big bar and plenty of seating inside and out. Plus their prices are what I’d consider cheap for the Bay Area and a sit down restaurant.
Sitting at the bar, I started off with a Virgin Bloody Mary. The Carnitas and Tatot Tot Hash sounded good to me. Kim has her eye on the Banana Fosters French Toast since she looked at menu while on the tail end of our hike. Everything was tasty. I loved the sauce, the carnitas wasn’t overly salty but there could have been more tots. The guy next to us had plenty of tots! Can you sense the jealousy? Kim’s French Toast was delicious. It was crispy, not soggy as many French coasts are. The mound of cream on top was great. She needs to go to New Orleans and have all the Banana Fosters! I’m down to go to with Ms. Downs. It’s a fun city! 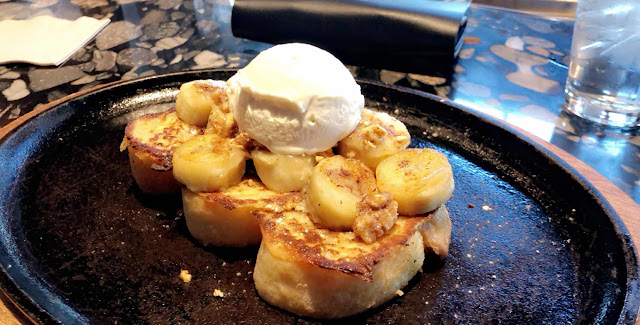 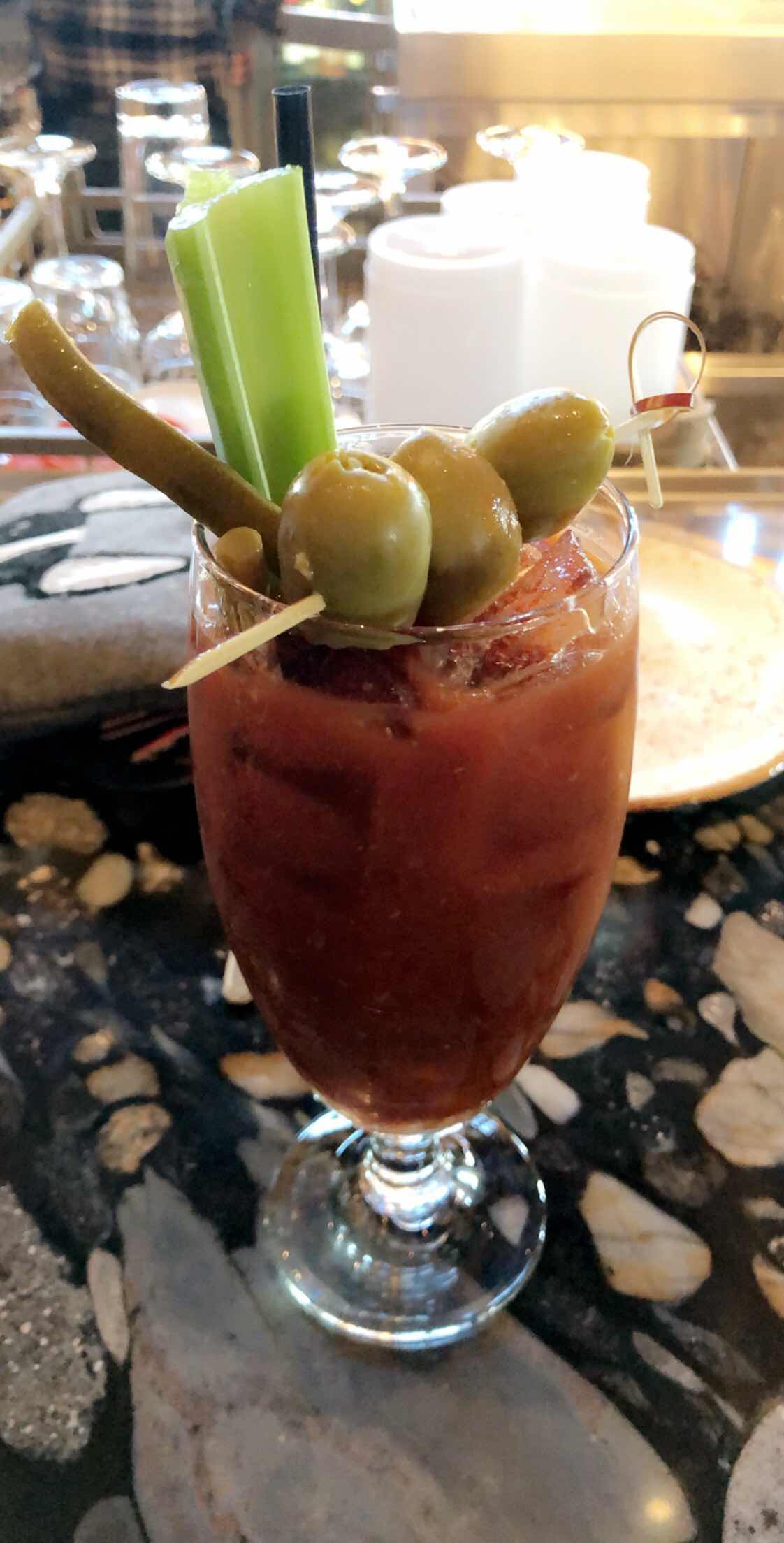 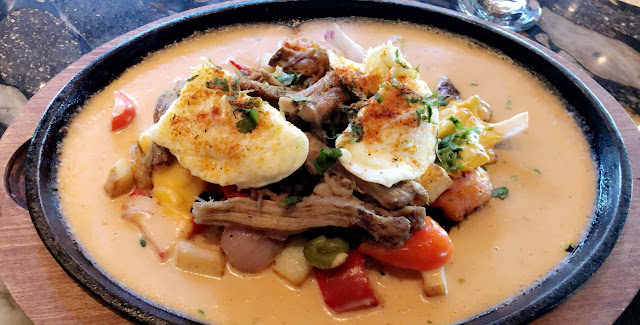 February hike – check!!!
We are thinking of doing a hike in New Zealand on either of the two ports we have some free time at. We leave in three weeks. Stay tuned for our March hike.
Have you seen January’s hike location?
Related posts:
Let’s Hike – Briones & Bonehead
Let’s Hike 2015